Image: Supplied Fortnite is an online video game developed by Epic Games and released in 2017.

Epic’s grand crusade to fight back against big bad Apple may be the biggest own goal of the decade.

Having made a fortune with game development software that is widely used around the world and striking it even richer with Fortnite, Epic’s attack on Apple was a planned assault on a company that has also been in the news for all the wrong reasons lately. Basically, it’s hard to justify which butt hole to support in this brouhaha.

On the purely technical side of the argument, Epic is in the wrong. Are Apple’s policies and stubborn refusal to allow rival game platforms onto its ecosystem a subject worthy of debate? Absolutely. At the same time, that’s the Apple ecosystem for you. They own it, they get to make the rules. End of story. If you don’t like it, take your ball to Android and lose out on a ton of cash.

Epic knew that hotfixing Fortnite to get around App Store rules would land them in hot water, which resulted in Apple pursuing the nuclear option. Fortnite was pulled from the store, and all of Epic’s developer accounts and access to iOS and Mac development tools were put on an August 28 chopping block. 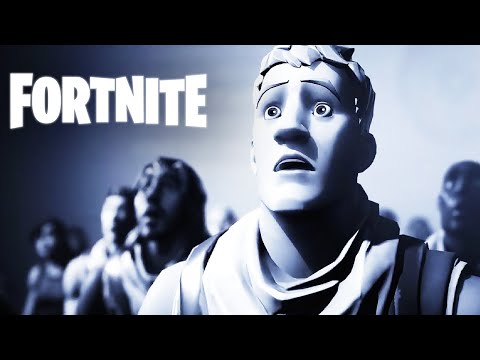 Epic has filed a temporary restraining order to prevent Apple from doing this, citing the legitimate harm that this move would have for countless developers who use their tools, and the devastating” impact on the company that will occur if this order is granted.

Apple  says that the ball is in Epic’s court, and that they’re willing to forgive and forget if the company rolls back the Fortnite App Store violating update.

“Epic’s agreements with Apple expressly spell out that if an app developer violates the rules of the App Store or the license for development tools — both of which apply and are enforced equally to all developers large and small — Apple will stop working with that developer. Developers who work to deceive Apple, as Epic has done here, are terminated,” the filing says (via MSNBC).

When Epic willfully and knowingly breached its agreements by secretly installing a "hotfix" into its app to bypass Apple’s payment system and App Review Process, it knew full well what would happen and, in so doing, has knowingly and purposefully created the harm to game players and developers it now asks the court to step in and remedy.

Apple says any harm done to the house of Fortnite will be entirely the fault of Epic. Basically, they’re not taking any blame for Epic’s self-harm.

“All of that alleged injury for which Epic improperly seeks emergency relief could disappear tomorrow if Epic cured its breach,” the filing stated.

“Apple has offered Epic the opportunity to cure, to go back to the status quo before Epic installed its ‘hotfix’ that turned into its hot mess, and to be welcomed back into the App Store.”

All of this can happen without any intervention of the court or expenditure of judicial resources. Epic would be free to pursue its primary lawsuit. But Epic does not want to remedy the harm that it contends requires immediate relief because it has a different goal in mind: it wants the court to allow it to free ride on Apple’s innovation, intellectual property and user trust.

It’s going to be a legal game of chicken for the ages. If Epic wins, they’ll set a new precedent for revenue share on iOS devices. If Apple manages to get one of the largest and most powerful gaming companies to back down and behave themselves, they’ll pretty much ensure no one will ever question their App Store policies again.

This fight is just getting started.