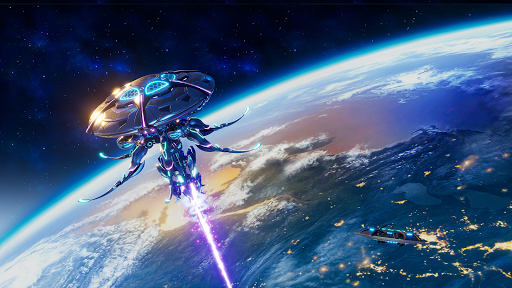 In the game, you play as Cryptosporidium 137, a member of the alien, almost-cloned-into-oblivion Furon race. Crypto is sent to 1950s earth by Furon scientist Orthopox to investigate the disappearance of his predecessor, Cryptosporidium 136, and to harvest the pure Furon DNA hidden within human brain stems. Also, to destroy all humans, obviously.

You go about this joyfully wanton destruction using the psychic skills and weapons at Crypto’s disposal, from chucking cows at people using psychokinesis or exploding their brains (for fun and profit) to turning them into burning piles of skeletal ash. Which is all incredible fun when aimed at the vapid, gun-toting humans, but I did feel a little bad about murdering the innocent cows. Even the radioactive zombie ones.

Then, there’s Crypto’s flying saucer, which enables more wholesale carnage via a variety of death rays. In fact, there are so many methods of destruction at your disposal that I found myself having to frequently check the controls for a reminder of what key did what in which situation. All these skills and weapons can be upgraded with DNA collected during your missions. And you’d better upgrade all the things, because mission difficulty goes from paltry to defend the radio station from multiple waves of overwhelming forces, over three stages, and there are rockets, grenades and giant robots now, so DEAL WITH IT before you know it.

This, of course, leads to multiple restarts, your goodwill depleting with every successive death, as the frustration builds and Pox’s initially amusing but now kind of repetitive insults take on an obnoxious quality that may have you shouting abuse at your screen. The less said about the “escort the truck” mission the better. 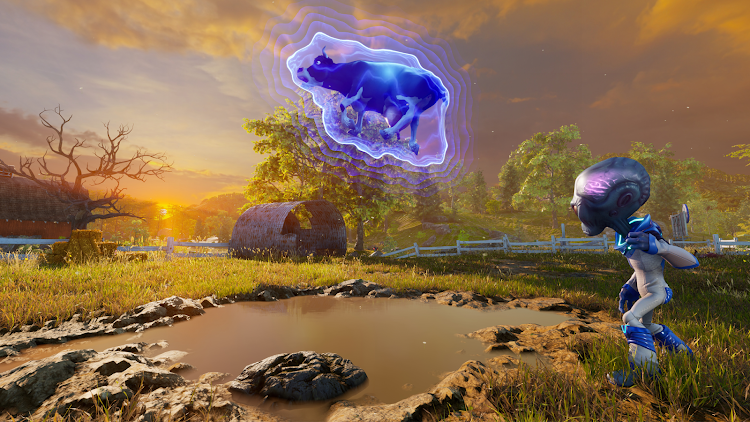 You go about this joyfully wanton destruction using the psychic skills and weapons at Crypto’s disposal, from chucking cows at people using psychokinesis or exploding their brains (for fun and profit) to turning them into burning piles of skeletal ash.
Image: Supplied

There’s also a stealth mechanic because sometimes you have to take a more nuanced approach before the game lets you run amok. A little eye symbol lets you know when someone is watching, but line of sight feels impossible to judge. Inevitably, you’ll end up with a swarm of infinitely-spawning enemies following you around while you jet pack from rooftop to rooftop, making your way towards the next checkpoint, because f&*k it.

Besides upgraded graphics and audio quality, this remake adds  synergies between Crypto’s skills and weapons that didn’t exist before – including a new dash and skate ability, and a mission titled “The Wrong Stuff” that didn’t make it to the original game. It takes you to the secret Area 42 military base in Nevada. 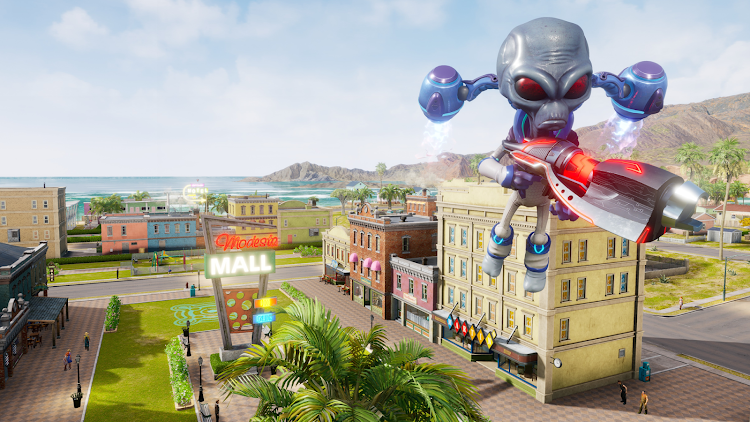 Besides upgraded graphics and audio quality, this remake adds some synergies between Crypto’s skills and weapons that didn’t exist before
Image: Supplied

Although dated, much of the Destroy All Humans’ irreverent humour still hits its mark, and making fun of commie-hating, paranoid Americans never really gets old. Although the weirdly lascivious Jack Nicholson impression from Crypto’s voice actor kind of did. That’s not his fault, though. They didn’t do any re-recordings, and it’s all the original dialogue. Richard Steven Horvitz (Invader Zim) still shines in his role as Orthopox.

BOTTOM LINE
Destroy All Humans! isn't complicated or deep. Most of your enemies look the same, and the AI isn't particularly smart by modern standards. But this remake is solid and it's great to see an older fan favourite finding a new audience.

CONS
So many buttons.
Escort missions are the worst.

Since her debut at rAge 2010, Roxy has been the face of the expo and the South African video game scene
News
1 year ago

The ATK Arena Overwatch team has managed to make it to a tied 5th place finish in a European tournament, and for us, it is always great to see South ...
News
1 year ago

Here’s the first teaser for Gollum, with a side of gameplay details

All it really does is show off Gollum’s lack of eyebrows, Mount Doom and presumably the Eye of Sauron in the distance.
News
1 year ago