'Destiny 2: Beyond Light’s' new crystal Stasis powers turn you into the deadliest homeopath 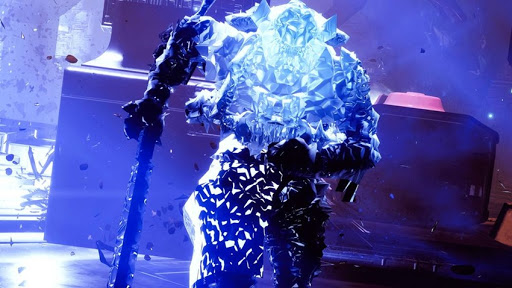 Power in Destiny 2 has always been a gift from the forces of light. Your Guardian, the latest in a line of super-powered zombie peacekeepers with resurrection abilities that make Highlander look like a joke, is able to access all manner of exotic abilities thanks to the patron saint of kicking ass, the Traveller. There are always two sides to every story though, and in Destiny 2: Beyond Light, Guardians will finally be able to harness the power of the Darkness itself.

While that won’t have you belting Fallen grunts with cover versions of I Believe In A Thing Called Love, you can lay waste to enemies with admittedly cool powers instead. The new sub-classes look like proper new additions to the Guardian arsenal instead of mere riffs on the existing Solar, Arc and Void abilities, the first notable addition since the Forsaken expansion…uh…expanded on these powers.

Titans get to indulge in their inner One-Punch Man fantasy with the Behemoth upgrade, Hunters can throw ricocheting shurikens that can tear enemies apart even if they’re hiding around a corner with the Revenant sub-class, and Warlocks can freeze enemies into crystal statues with their Shadebinder ability. Oh, and then shatter them into a million pieces with one solid smack. Neat. You’re basically a homicidal homeopath who has embraced the bullshit of their craft and its harmful placebo non-effects.

Bungie says more details on each class will be shown off soon, with the Warlock getting a breakdown on September 1, Titans on September 3 and Hunters on September 8. The core abilities of Stasis can also be summed up over three lines according to the developer:

Even the odds by slowing your enemies in Stasis fields, then aim down sights at your next target.

A frozen foe is a conquered foe. Control the battle by immobilising enemies in solid Stasis.

A hail of icy razors erupts from broken Stasis crystals, damaging those unlucky enough to be near.

I’ve been out of the Destiny 2 game since Shadowkeep launched, but I think I’ll feel a familiar itch when Bungie shifts its massive sandbox over to next gen in the near future. Please send help.

Here’s the first teaser for Gollum, with a side of gameplay details

All it really does is show off Gollum’s lack of eyebrows, Mount Doom and presumably the Eye of Sauron in the distance.
News
1 year ago

Greetings, humans! Please keep in your feeble minds that 'Destroy all Humans!' (2020) is just a more technologically advanced remake of 'Destroy all ...
News
1 year ago