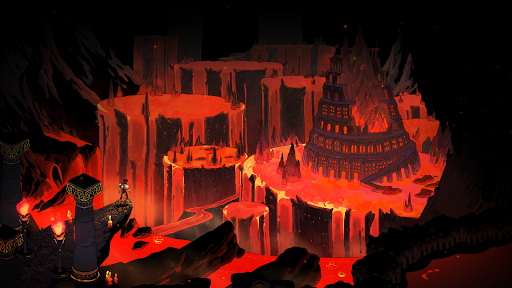 Combining gorgeous artwork, heartfelt writing, and some of the best soundtracks in the business to create worlds that linger and characters that fast feel like old friends.
Image: Supplied

What a time to release a game about being stuck at home.

Supergiant’s Hades has finally reached version 1.0. After almost two years of early access development – feeling for most of which as polished and fully featured as many completed titles – Hades is actually, properly done. And despite having already spent around 60 hours slashing, shooting and dodging my way out of the underworld, booting up the complete experience on launch day felt just as exciting as it did in 2018.

For the uninitiated, Hades puts you in the fiery shoes of Zagreus, the spiky-haired offspring of, well, Hades, hell’s big boss. Zag is remarkably laid back for literal hellspawn, putting him at odds with his buzzkill father who’d see him join the family business. Zag wants out. So, with the help of a chatty cast of Greek mythological figures, a legendary weapon, and, if you ask nicely enough, a god or two, Zag sets off to fight his way to the surface.

Yup, it’s one of those, and proof that there is nary a roguelike I didn’t roguelove.

The bulk of your time will be spent running through the ever-shifting realms of Hades, clearing chambers of enemies in isometric combat that will be familiar to fans of that other Supergiant classic, Bastion. Zag is an agile, fragile fighter, best diving in to land a few hits then getting the heck out at the last second. Modifiers in the form of blessings from the pompous Olympian gods give shape to your build, gifting damage over time or encouraging risky deflections. Even the lowliest enemy can punch Zag’s clock, so learning how the different weapons and boons combine is essential to maximising their hydra-slaying potential. 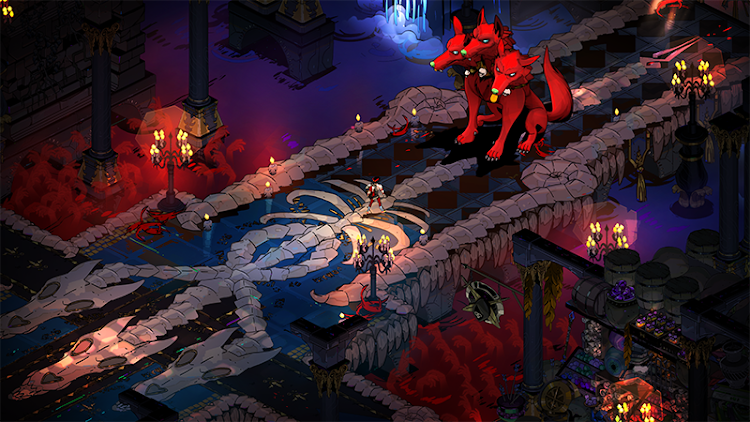 After two years of iteration and player feedback the action has been tweaked and buffed into brawler perfection. With a smart choice of upgrades Zag can hit like a truck, setting off elemental chain reactions that cascade across the screen. The art pops, ensuring the devastation remains readable and that you feel every blow given and taken. There is a constant cycle of risk and reward, putting Zag’s meagre HP on the line for the chance that THIS hit will finish the job. And if it doesn’t and a (really, quite charming) minotaur sends you back down the river, there’s a deep and broad upgrade pool to endlessly tweak to better your odds, or dig your own grave.

If it was purely a game of mechanics, spitting you back into the fray after every death, it would among the best of the genre.

But Hades is a Supergiant game. And Supergiant games are special – combining gorgeous artwork, heartfelt writing, and some of the best soundtracks in the business to create worlds that linger and characters that fast feel like old friends. 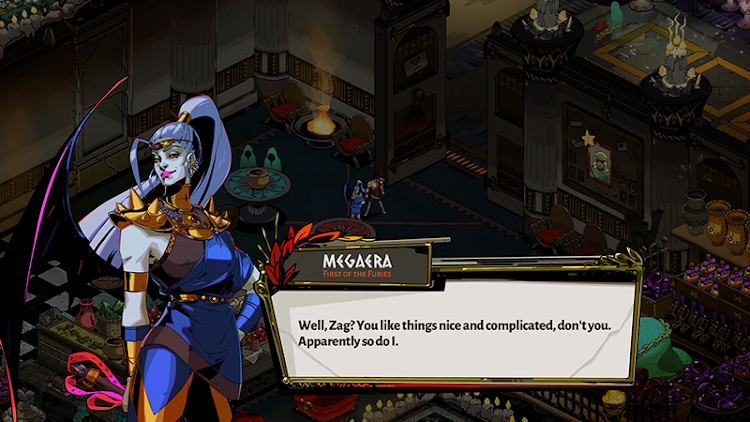 If it was purely a game of mechanics, spitting you back into the fray after every death, it would among the best of the genre.
Image: Supplied

The house of Hades that Zag washes up in after dying functions much like the castle in Rogue Legacy, a space to buy upgrades and prep for the next go-around. Supergiant has poured everything they’ve got into taking what could have been a menu and crafting a space that welcomes you back. The demigods, gorgons, and three-headed dogs that populate the house are usually down for a bit of a natter or a scratch on the head. Maybe Orpheus, court musician, has written a ballad about Zag’s efforts, or the mysterious Nyx is around to drop hints about Zag’s origins. There’s always something to see, hear, or learn after wringing the Styx out of Zag’s robes, and getting to know the cast and deepening his relationships becomes as enticing a hook as getting further in the dungeons.

But Zag can’t stay forever, and soon you’ll be back in the thick of it, combining Zeus’s lightning with your new spear, or squaring off against a fury that might still have the hots for you. Maybe saving up some gems to clear all that Cerebus hair that’s clogging up the joint. The cyclical nature of the genre is woven into the storytelling, and Zag’s perseverance begins to win over the denizens of the house, long resigned to fates that now seems uncertain. 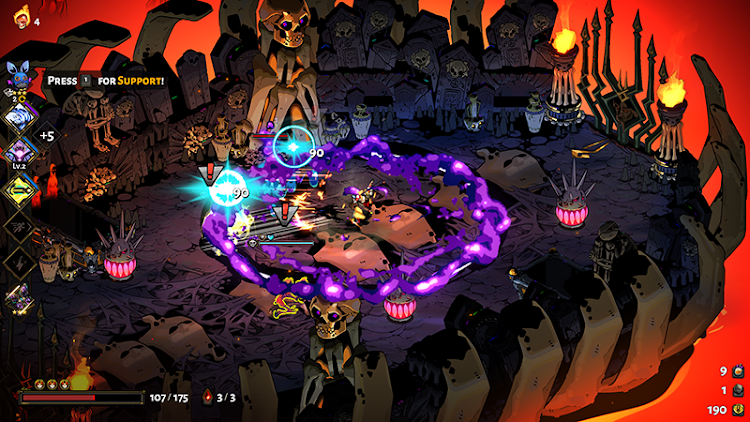 One of the first characters you’ll run into in the field is Sisyphus, taking a break from endlessly rolling “Bouldy” up the hill. He’s oddly chipper about it, finding a certain satisfaction in the task, even if he can never truly be done. It works brilliantly as a metaphor for Zag’s own journey and the roguelike genre as a whole. But Supergiant got their boulder up the hill, despite everything that 2020 threw at them, and as a result we have their best game yet.

Anyone who went on the early access journey with Supergiant already knew all of this. As odd as it may be to say about a game just after its launch, the 1.0 update is more of a victory lap than a last-minute swerve. The ball remains undropped. I’ve now seen the “ending”, and you can bet I’m going to see it again and again. And again and again and again.

I know this has all been a bit gushing, but Hades deserves it. If you’re still on the fence, I’ve got one thing to tell you…

DISCLAIMER: At the start of 2020 I attended a concert by Supergiant composer (and Zag voice actor) Darren Korb in London. This didn’t affect my review at all, I just wanted to brag.