SA multi-gaming organisation Ekasi Esports are on the lookout for a FIFA player. Unfortunately, if you are hoping that would be you, it is already too late. Ekasi Esports, in partnership with Adwa Gaming, kicked off their search a few weeks back with the FIFA 20 Invitational.

The series invited 16 SA PlayStation 4 players to compete for a “life changing opportunity; to be signed as a professional FIFA player to the Ekasi Esports”. Players from Gauteng, Western Cape, Northern Cape and Free State competed in the group stages, which has left eight players standing.

This weekend, the top eight (featuring three players from the Free State and Gauteng, and two from the Northern Cape) head into the quarter finals which will be live streamed via the Ekasi Esports YouTube channel. The matches on Saturday and Sunday will start at 15h00 (3pm). The action will continue over the next two weekends with the semifinals and finals. 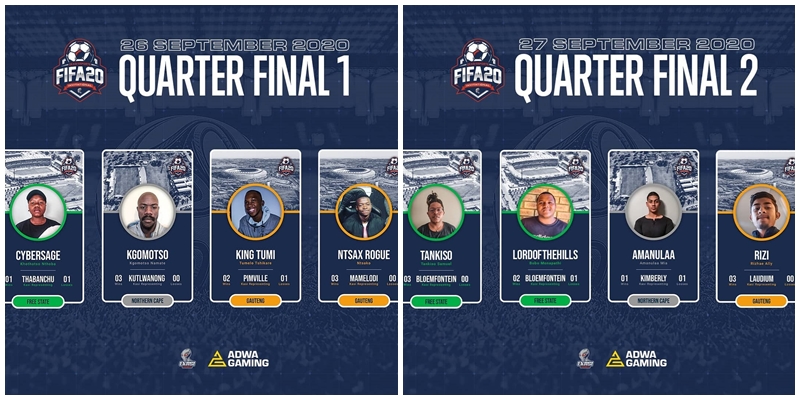 The top three players will secure the following after the finals on October 11:

According to the tournament page, Ekasi Esports' mission for the invitational is to bring “inclusiveness in the SA esports and gaming scene by granting opportunities to gamers who have not been given the chance to participate and prove themselves in a competitive gaming and esports environment but have shown potential to take on the giants”.