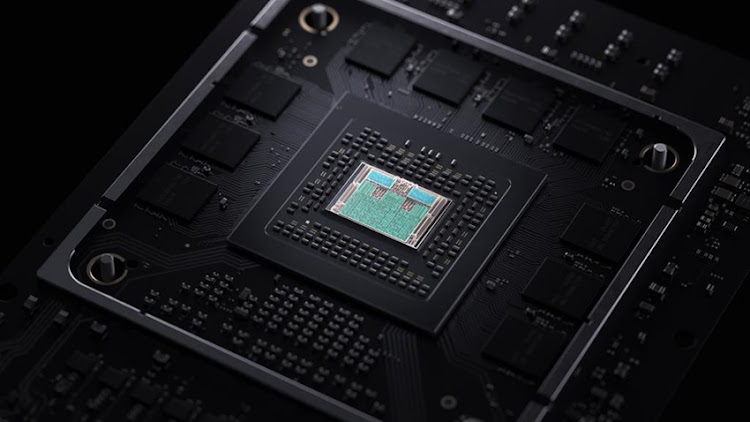 With a storage capacity of an entire terabyte on the Xbox Series X and 512GB on its sister console the Series S, you’re able to easily download a few games onto those systems and start enjoying next-gen power.
Image: Supplied

It’s a week past that time in November when everyone wants to blow up the British houses of parliament, you’ve got a next-gen console and already you’re pondering if you need more gadgets to feed your technolust. With a storage capacity of an entire terabyte on the Xbox Series X and 512GB on its sister console the Series S, you’re able to easily download a few games onto those systems and start enjoying next-gen power.

Although you’ll probably run out of space sooner rather than later. With games like Call of Duty: Warzone, Destiny 2 and Red Dead Redemption being absolute digital real estate hogs, you’re going to need to make some hard choices when you decide what to keep on your active SSD roster. There are fortunately some easy solutions to this dilemma, provided that you’re willing to do some extra investment in them.

Here’s how storage works on Microsoft’s new consoles, written down in a totally not confusing way.

I never knew that a kid like me, could take his Xbox around the world and flash the big SSD, and rock the masses, from Madrid to Calabassas.

As mentioned above, you’ve two options on launch day with the Xbox Series X and Series S: 1TB for the Series X, 512GB for the Series S. Remember, what’s advertised on the box isn’t exactly what you’ll get as the operating system and other functions will eat up some of that storage capacity. As an example, the Xbox One X has a 1TB hard drive but after tax, there’s 781GB of storage available. Meanwhile, the PS5 will also launch with a 1TB SSD, which will have 825GB of space available.

The key thing to know here, is that these new SSDs will make games load much much quicker than they were able to in the past. Xbox is using what it calls Velocity Architecture to achieve this next-gen breakthrough, which allows for games like The Medium to be split across two distinct worls that the player can explore. Also, actual fast travel.

Will these SSDs be filled up quickly? Probably! If you focus on AAA products, you’ll run out of space in no time, while smaller medium-budget and indie games will allow you to have dozens of alternative gaming options ready to play at any time. The choice is yours.

So you’ve run out of space on your SSD, and you want a quick fix. The official upgrade is a simple one: A 1TB expansion card, that can be plugged into the rear of your console. Load some games onto it, and you’re good to go, easy as that. “For those who want to expand the total capacity of the custom NVME SSD of Xbox Series X|S we’ve collaborated with Seagate on a custom 1TB Storage Expansion Card, designed using the Xbox Velocity Architecture API, to deliver the exact same consistent, sustained, gameplay performance of our internal SSD,” Xbox explained in a new primer.

And, backwards compatible games played directly from the Storage Expansion Card will see significant improvements in load times due to the next generation performance of Xbox Series X|S.

You can choose to install games to the expansion card by default, play games directly from it, move or copy games between local and external storage, or do anything you already do today with an external hard drive. The only difference is that the expansion card is designed to match the exact performance of the internal storage of the Xbox Series X|S .

Can I use the expansion card on both Xbox Series X and Series S?

“Both Xbox Series X and S provide the same Storage Expansion Ports for the expansion card and the exact same card will work in both consoles,” Jason Ronald, Director of Program Management explained. Simply plug it in and you’re ready to play! No setup required. The Storage Expansion Card is also a great way to bring your game library with you, to a friend’s house or wherever you choose to play on your next generation Xbox console.

Long story short, the expansion card will operate exactly the same as the internal storage and can be used on both Xbox Series consoles. Plug and play, in a package that’s barely bigger than a regular SD card. They will be pricy though, and while we don’t have local rates for the expansion card yet, their US pricing has them pegged at $220 a pop. You’ll probably need one of them just for Call of Duty: Warzone.

Let’s say you’re flat-broke after buying a new Xbox Series X/S console. You can’t afford to drop extra clams on the expansion card, but you need some way to store your games. If you’ve got a USB 3.1 external hard drive though, you’re in luck! These can be found pretty much everywhere, and for between R1,000 – R1,500, you’ll be sorted. I’ve been using a Western Digital external hard drive on my PS4 for over a year now, and it has been an absolute godsend on that aging hardware.

While you can store games on an external hard drive, there are some caveats here which I’ve listed below:

Storage only, you cannot play these games from an attached external hard drive, but you can move them back onto the SSD from here when you do want to access them.

Xbox One and Backward Compatible games

You’ll be able to play these games straight from an external hard drive, albeit without any of the Xbox Velocity Architecture improvements. Old-gen goodness and old-gen loading times on next-gen hardware.

Asus is no noob in the lol-so-ludicrous-level gaming laptop space.
News
1 year ago