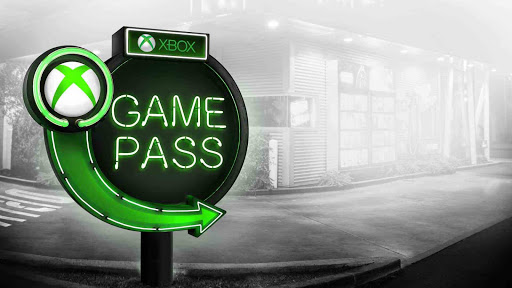 But first, a disclaimer – I’m too old, boring, and paralysed with existential ennui (and so-what indifference) for console wars. If you want a PlayStation, get a PlayStation. If you want an Xbox, get an Xbox. If you want a Switch, get it from the UK or US because it’s probably cheaper. But with the launch of the PS5 and Xbox Series XYZ this holiday season, the “console wars” are irrelevant anyway. This is the future, and it’s the service wars.

And I’m too old, boring, and whatever else for the service wars too, but this is an unprecedented event in console history, I think, so let’s talk about it.

Launched in 2000, Sony’s PS2 was kind of a big deal. I remember because my twin sister worked in a video rental shop from 1998 to 1999, and I also remember this guy who wasn’t even an employee but showed up every day¹ because video rental shops had to have some version of this guy, it was the rules, and I also-also remember that he wouldn’t shut up about what a big deal the PS2 would be.

“The PS2 is going to be a big deal,” Barry told us, over and over and over, like it was more important than lunch or rewatching Event Horizon, “because it’s got 32MB RAM.”

((His name was Barry, because those were the rules too. Have you ever met a Barry who wasn’t an obnoxious asshole? Exactly. But his girlfriend was even worse so that’s some stereotype subversion for you.))

The Sega Genesis beat it out of the production queue by just over a year or so, but with a DVD drive, GTA III (and the PSOne backwards-compatible Bust-A-Move 2), and 150 million unit sales, the PS2 claimed the gen-six hi-score. Not even the original Xbox and Halo’s online netcode could keep up, and besides, who could have predicted that DVD was like the emo teen phase of Blu-ray, or even that optical discs were like the post-emo teen phase of digital downloads, anyway.

This was before Facebook and Twitter, obviously, a momentary glitch in space-time before stupid, inconsequential debates about this versus that, and which one mom got you for Xmas that defined your fanboy obligations forever.

With the launches of the gen-seven PS3 and Xbox 360, and gen-eight PS4 and Xbox One consoles, however, things were much more contentious². The hardware spec differences were mostly insignificant, and except for the inevitable squabbles about Xbox Live versus PSN, so were the services available on each console³. Instead, exclusive franchises like Sony’s God of War and Microsoft’s Gears of War series were the ostensible incentive to choose one or the other. “Ostensible” because which one mom got them for Xmas was a factor too, even if BarryLuvsPlayStati0n4eva and XboxRoolzNoSc0pe69 want to pretend it wasn’t.

But it’s 2020, and a lot of tech innovation in between. With 100+ Mbps fibre connectivity, increasing support for cross-play, and games that were supposed to be console exclusives but are also out on PC because console exclusives are a bad financial prospect, service is the hot new marketing hook. And Microsoft has this one over Sony.

Introduced in 2017, Xbox Game Pass is the like-Netflix-but-for-games subscription service that Microsoft has banked on since… 2017. Like Netflix, much of its consumer potential was speculative.

Because when it launched in 1999 as a DVD rental-by-mail-order service, Netflix was the big deal that not even Barry expected. This was before DVDs were Blu-rays, and before Blu-rays were streaming content because everybody was on 56K dialup. In fact, its catalogue of 900 or so DVD was, at the time, one of almost every DVD available. And in 2007, with that catalogue now exceeding 100,000 titles, Netflix added streaming content as a free, like-YouTube-but-for-movies-and-TV-shows extra to subscribers. With over $150 billion revenue in 2019, Netflix has proved that a subscription service is a viable choice for screen junkies.

Gamers are screen junkies too, but with some demographic idiosyncrasies. Renting games isn’t a new concept – even in the 1990s, for example, video rental shops included a selection of console games – but we’ve taken our time to decide if convenience tops a collection of boxes and limited edition souvenirs. And until discs are obsolete or replaced by neural implant mods, there are gamers who won’t ever use a subscription service because “it’s numbers, and numbers aren’t even real”. For everybody else, though, six months of Xbox Game Pass is cheaper than one game, and that’s a big deal too.

With Microsoft’s recent acquisition of ZeniMax Media, previous acquisitions like Obsidian, inXile, Ninja Theory, and other studios, and simultaneous launch on Xbox Game Pass for first-party games, the company’s focus going into the next-gen is its subscription service. For the moment, we don’t know whether or not games like the inevitable Fallout 5 will be exclusive to Xbox and Windows PC, but I’m not convinced that it even matters much. From a gamer’s perspective, those must-have exclusives launch once or twice a year. Xbox Game Pass has something new to play every weekend.

¹ I know because I used to hang out in the same video rental shop every day too, but I was the assistant manager’s twin sister so it was okay.

² I’m excluding Nintendo consoles because those are consistently exempt from global market trends for esoteric reasons that exceed logical explanation and the limits of this discussion. Like Mario games.

³ Xbox Live cost extra, PSN was free but shit so it cancels out.

Here’s how storage works on Microsoft’s new consoles, written down in a totally not confusing way.
News
1 year ago

Microsoft’s game plan for the next generation of console gaming may just be its cleverest one yet.
News
1 year ago