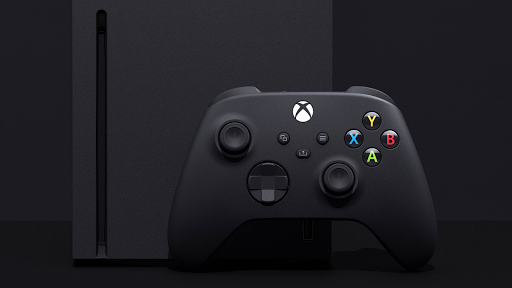 I’ve sourced the most important info from The Verge, Engadget, VentureBeat, and IGN, and summarised it for your convenience. Also for my convenience, because I’ve got two of the things on pre-order and I can’t cancel now without the tedious chore of submitting a refund request and who has time for that. I don’t, because, you know, I’m super busy.

THE XBOX SERIES X IS FASTER THAN THE XBOX ONE X

Duh. Comparing game load times, VentureBeat clocked significant improvements with Final Fantasy XV (13 seconds on Xbox Series X versus over one minute on Xbox One X) and No Man’s Sky (30 seconds versus one minute and 19 seconds). The Verge compared Warframe (25 seconds versus 91 seconds) and The Outer Worlds (six seconds versus 27 seconds), among others.

Copying content from one drive to another shows the same improvements – in its test, VentureBeat moved the 49GB Assassin’s Creed Origins game file between multiple different drives:

With the console’s new quick resume function, according to Engadget, you can suspend supported games and swap from one to the next in five to 10 seconds.

There’s no hard cap on the number of games that can be suspended in quick resume, but there is a hardware-based limit. The console’s SSD contains a cache that stores system RAM for each game that’s suspended, and this can fill up, preventing additional titles from using the feature. So, the number of games will mainly depend on the memory usage of the titles you’re pausing. Microsoft hasn’t said how large the quick resume SSD cache is, but I’ve been able to cycle through five games at a time just fine.

And from power on, the Xbox Series X takes 10 seconds to boot up. The Xbox One X takes over a minute.

The Xbox Series X’s system files use about 200GB, or 20 percent, of the space on the console’s internal SSD. Not a problem on the Xbox Series X, maybe, but what about the 512GB Xbox Series S? Unless the fun-sized console has a fun-sized OS to go with it, that could be a problem.

Vertical or horizontal, the Xbox Series X is up for it. Or down for it. Up first, then down? You decide.

At launch, the Xbox Series X will support over 1,000 backwards compatible games from previous Xbox generations, with new features like HDR, boosted frame rates, and even 4K resolution. As a result, The Verge explains, games feel “a lot smoother”.

Destiny 2 is a great example of a game that was held back by the weaker CPU and slow HDD in the Xbox One X. It’s a title that hit native 4K previously, but the 6 teraflops of GPU performance in the One X was bottlenecked by a laptop-like CPU and an old spinning hard disk. This meant the game was stuck on 30fps.

Obviously, however, this depends on the game (and the Xbox model). No Man’s Sky, for example, was designed with a 30fps limit, and not even the Xbox Series X hardware can bypass a software restriction like that.

Booting up the Xbox Series X after a full shutdown. SSDs are a very good thing.

Here’s how storage works on Microsoft’s new consoles, written down in a totally not confusing way.
News
11 months ago

Money. It’s beautiful to hold in your hand or gaze at on a computer screen, and we can never have enough of the stuff.
News
11 months ago

Amazon’s officially getting into the cloud gaming space, a field of interactive entertainment that no other monopoly on a specific industry that has ...
News
11 months ago

Microsoft confirmed the Xbox Game Pass subscriber number is up 50% since April and counting.
News
11 months ago