FIFA 21 Review in progress — like a Mbappe to the Head 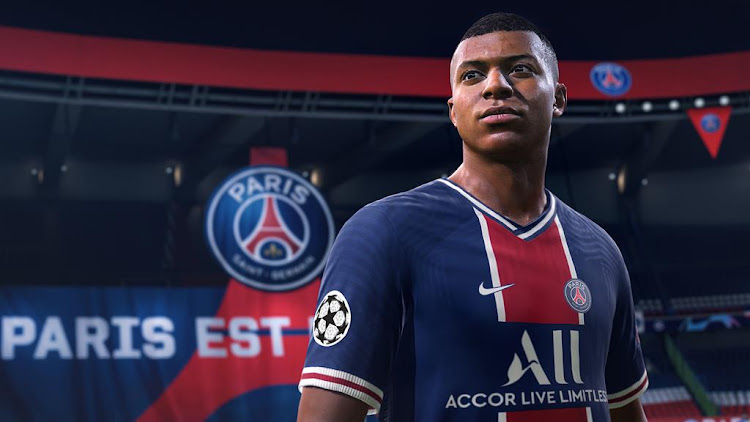 On an audio and visual level, FIFA 21 is stunning in all aspects.
Image: Supplied

To the surprise of many, a new FIFA game has released this year. Unlike Pro Evolution Soccer which went with a season update, EA opted for another proper release of their best-selling franchise — which, considering the size of their development team, is no surprise at all. 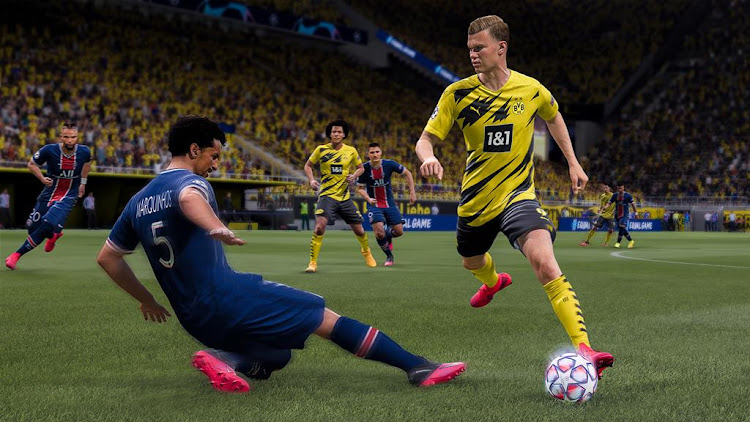 FIFA 21 delivers on its promises. The gameplay feels faster, fresher and more in-tune with how a real game of football plays.
Image: Supplied

While FIFA 20 initially felt like a good jump forward in terms of progression, the more one played it over the year, the more frustrating it got. Server issues, gameplay kinks, AI frustrations and more took away from the quality seen in other areas. It was these finer details that needed the most attention in FIFA 21.

Like the Bayern machine itself, FIFA 21 delivers on its promises. The gameplay feels faster, fresher and more in-tune with how a real game of football plays. Importantly, AI opponents behave realistically and act a lot like human opponents play in FIFA. This bit of information should not be underestimated. More than ever before, playing against the AI can prove to be a valuable tool in preparing you for online matches. 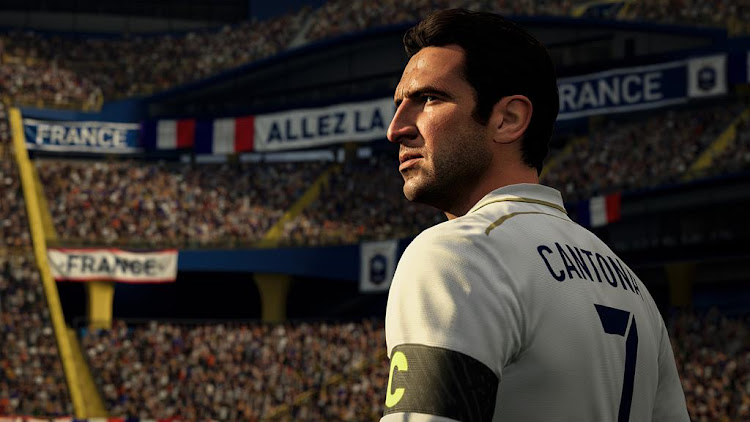 With the gameplay improvements evident, it all comes down to whether the various FIFA modes have improved too.
Image: Supplied

FIFA 21 didn’t go for a (much-needed) engine update, which brought a number of concerns for veterans of the game. However, the update to the current engine, animations, and AI intelligence make it feel as though Jurgen Klopp himself has come in and got everyone working in unison, resulting in a better experience. New agile dribbling makes control of the ball feel smooth, while player runs are smarter than ever, making for a less frustrating experience. Defending is still difficult, but is definitely improved over last year’s hit and mostly miss attempt.

There are a number of other changes for the better as well, such as heading being no longer completely broken. FIFA 19 made scoring from headers easier than running past Harry Maguire, while FIFA 20 made it completely impossible to score from them. Defensive AI no longer feels overpowered, while the removal of assisted teammate pressure has been removed which is a definite positive. Even more important is the change of the “team pressure” tactic. Previously, players would turn it on for an entire match, making it appear as though every player was fitter than Lance Armstrong (drugs included). Now the option is limited to a team’s fitness level and can only be used for a brief period per match.

Other changes see small, but important, improvements all over the field. Attacking options, tactics and formations feel more fluid, while strategy and player instructions feel more effective. Some of the tackling and player reactions still don’t feel quite right, but it’s definitely a step in the right direction.

On an audio and visual level, FIFA 21 is stunning in all aspects. Personally, I don’t care for the commentary but that’s probably because I have played so much FIFA in the past few years that it’s all the same now. Truth is, it’s fresh and dynamic for the most part and together with all the new stadium chants and general soundtrack, all comes together perfectly and really makes me miss fans in stadiums in the real game. FIFA has incredible production value, with all the licences, kits and stadiums looking great, and while the player likenesses are not at the level of PES, it still looks fantastic. I am not usually one to gawk at menus, but the colour palette and design of the FIFA 21 user interface is just absolutely perfect. Aesthetically, FIFA 21 is a champion.

With the gameplay improvements evident, it all comes down to whether the various FIFA modes have improved too. Volta returns and if “circus” football is your thing then you will enjoy the mode. The story section is miles ahead of last year’s debut effort. While last year felt like a drama and removed from the fun of the mode, this year’s gets straight into the action and feels like a more exciting, more vibrant depiction of the beautiful game. Add more fluid skills to the mix, improved online gameplay, the option (finally!) to play with and against friends in various co-op modes and a huge catalogue of cosmetics to unlock (no microtransactions here) and Volta feels like more than just a sideshow.

Career mode was an utter travesty last year, it felt like more of a collapse than Barca’s thumping from Bayern in the Champion’s League. It had broken AI, randomly generated (nonsensical) transfers and less class than a Vinnie Jones tackle. Career mode this year is a different story altogether. The effort gone in to bulk up the mode is clear from the outset. It benefits greatly from the incredible menus and the ability to manage almost everything in the club makes it feel like Career mode from years back, before FUT became the main gameplay mode. It’s still not perfect, but for players who enjoy the single player life, it’s back to where it should be.

A host of other modes return and are largely unchanged. Fans of Pro Clubs will be disappointed that there’s little new in this regard, and while the gameplay definitely helps improve the mode, there’s not much new in terms of its content. Online seasons, friendlies, kickoff, Champions League and Copa Libertadores return in almost the same manner as FIFA 20, but this is almost to be expected and all provide a decent alternative to the more time-consuming modes. 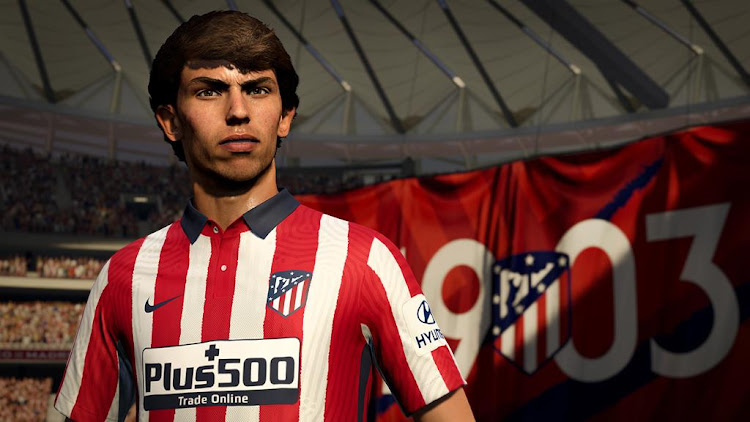 Lastly is the behemoth that is FIFA Ultimate teams. While FIFA 20 suffered from gameplay and server issues which truly hindered the overall FUT experience, the content creation, daily, weekly and monthly objectives in FUT made up for this in a big way. FIFA 21 has the gameplay upgrades which will hopefully make FUT more tolerable in terms of frustration levels. At this point, I have only played a handful of online games and so my final feedback on FUT will have to wait for another week. Weekend League is not yet active and because so few people are now playing the game before full release, it’s hard to get a good understanding of what the servers are like, and will be like when they are full. At this point, it’s been great. Online play has been fast and fun with very little frustration, but any FUT player will know that it can change once the servers are flooded. I will report back next week on this aspect.

In terms of the FUT content — this looks like it’s going to be even better than FIFA 20. The amount of objectives and unlocks available this early in the game is incredible, and sure to keep us FUT addicts coming back daily as we build our teams. SBCs are already coming out fast and furious and the new Live Friendly and Community objectives, together with cosmetic stadium unlocks, make for a lot of activities to keep players busy.

FUT, for now, feels like it may be the best it’s ever been, but a lot will come down to the gameplay when the game is out in full, and when we discover just how rewards for the various modes work. So far, it’s looking good but I will reserve final judgment on it for now.

FIFA 21 feels like a breath of fresh air. I played a lot of FIFA 20 last year and by the middle of that cycle I was kicking my couch and slamming my controls due to its various annoyances. FIFA 21 looks to have sorted out a lot of those issues, while also improving Volta and Career Mode to make them viable alternatives.

PlayStation has decided to slap a boatload of developing countries (and a few Vikings), with a price increase on the eve of the next-gen through its ...
News
1 year ago

This is the future, and it’s the service wars.
News
1 year ago

The current WWE locker room is full of video game fans, but Styles has them beat with a passion that is backed up by the mother of all video game ...
News
1 year ago

Top SA FIFA pros to face off for charity

Two of the best FIFA players in SA will be going head-to-head in a showmatch for charity.
News
1 year ago