The Outer Worlds is coming to Steam next week 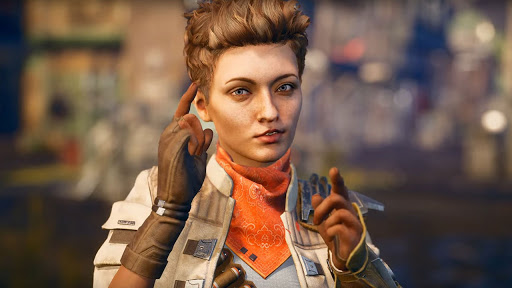 The Outer Worlds is an action role-playing game developed by Obsidian Entertainment and published by Private Division.
Image: Supplied

How time flies when you’re in the grips of a worldwide pandemic – The Outer Worlds’ Epic exclusivity is almost up and that means you can expect it to arrive on Steam any day now.

Originally only available on PC through the Xbox Game Pass and the Epic Games Store, Obsidian’s The Outer Worlds is finally being freed from timed exclusivity and you can expect it on Steam on 23 October.

The Outer Worlds is a single-player, sci-fi RPG in which you play as the lone survivor of a colonist ship, awoken on the edges of colonised space, in a system ruled by mega corporations. You’ve got choices to make, companions to collect, and perks to pick while unravelling the sinister machinations of The Board. If you like Fallout, you’ll probably like this.

I thought The Outer Worlds was good when I first had a go at it back in the halcyon days of 2019, even if it was a little too short and shallow for my liking. Since then, Obsidian has extended the gameplay by a good few hours with the release of the Peril on Gorgon DLC last month. It’s the first of two planned DLCs for the game.

This was inevitable, right? It seems weird to release a story-focused first-person horror game and not port it to VR at some point
News
1 year ago

It’s the 1930s, America’s dryer than a Kalahari communion wafer, and the Great Depression isn’t that great really.
News
1 year ago