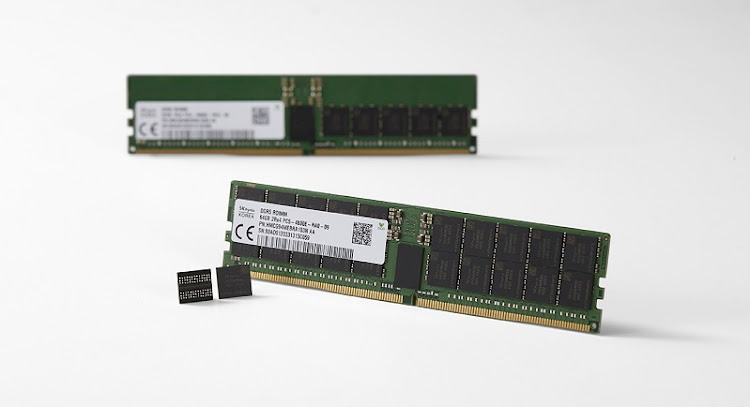 SK Hynix has officially announced the world’s first DDR5 memory modules, And to prove that it’s no myth, they’ve taken a picture of it too.
Image: Supplied

Special things come to those who wait. And for those who have believed that that the speed of computer memory would double with DDR5, their patience has paid off since this new technological leap was announced almost three years ago.

SK Hynix has officially announced the world’s first DDR5 memory modules, And to prove that it’s no myth, they’ve taken a picture of it too. Not that it is anything particularly eye-catching to look at but hey, it exists, and it means that soon we can have super quick memory to go along with our new blazingly fast processors and GPUS. Or nothing will happen because we’re all too broke to afford these new upgrades anyway.

SK Hynix claims this new DRAM offers up to 5,600Mbps of raw bandwidth — not quite the maximum 6,400Mbps the DDR5 spec allows, but a full 1.8 times faster than standard DDR4. It also operates at a lower voltage of 1.1V instead of 1.2V, for what SK Hynix claims will be a 20% power savings, which will be great for future portability while still delivering improved performance.

New DRAM is not enough if other companies don’t come on board and support the technology, and SK Hynix has teamed up with brands like Synopsis, Renesys, Montage, and Rambus to ensure that an ecosystem exists to support this type of high-speed memory. Intel is also supporting DDR5, but AMD has yet to announce any support for the technology. We will also only get pricing details closer to the time, though given you will need a new motherboard and processor just to work with this RAM, it will be expensive if you really want the best out of your memory.

Improved performance options will only be available from Q3 2021, but it’s unlikely DDR5 will be that widely supported or affordable. It will likely only be sometime in 2022 when we start seeing DDR5 RAM becoming a regular thing for many computers.

Sony might not have the fancy marketing of Microsoft’s well-branded Xbox Smart Delivery, but that doesn’t mean certain games won’t be getting a free ...
News
11 months ago

There’s been a trend in video game hardware over the last two years that’s easy to sum up: nostalgia, but repackaged in a more compact form.
News
11 months ago