Game Review | I Am Dead - a fresh, feel-good perspective on death 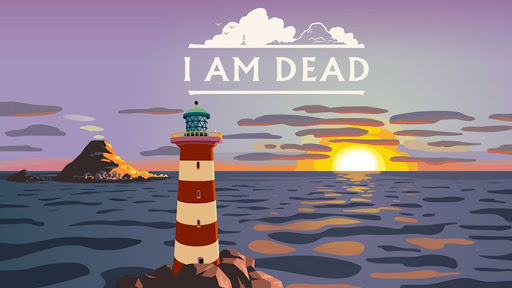 I Am Dead is a charming puzzle adventure game from the creators of Hohokum and Wilmot's Warehouse about exploring the afterlife.
Image: Supplied

2020 has been a rough year for a lot of people. In some way, we’re all grieving over what’s been lost – people, pets, plans, simply the freedoms that we once took for granted as “normal.” With that sense of loss comes sadness and pain, especially strong for those who have lost loved ones.

Loss, specifically death, sits at the core of I Am Dead, a new game from the makers of Hohokum and Wilmot’s Warehouse, under the publisher umbrella of indie heavyweight Annapurna Interactive. However, there is no brooding over the misery associated with absence in this touching puzzle adventure. Instead, the game provides heart-warming reassurance that the departed aren’t really gone. They live on in the memories of those that knew them, and artefacts associated with their existence.

Those two aspects are key to the gameplay in I Am Dead. You assume the role of Morris Lupton, recently deceased museum curator from the quaint island settlement of Shelmerston. Reunited in death with his beloved dog Sparky, Morris is tasked with finding a new ghostly custodian for the island. Filling this role will stop the Shelmerston volcano from erupting and destroying everything, and everyone.

Morris and Sparky embark on a four-step process to determine the best candidate from several ghostly options. Step one: Use Morris’s new supernatural powers to enter the memories of those who knew the potential custodian. Step two: Based on those memories, locate the items that were important to the candidate in life, again using Morris’s “supernatural x-ray” to see and pass through objects. Step three: Use the mementos to summon the ghost. Step four: Chat with them about assuming the role of island protector.

At its heart, I Am Dead is a hidden object game. It’s colourful and meticulously designed, but its mechanics do not advance beyond “find a thing,” usually by manipulating the camera. Such simplicity is in the game’s favour in terms of expanding its audience, of course. I Am Dead is an excellent game for families to play together, encouraging shape recognition and puzzle-solving in children.

There are three different types of hidden object challenges in I Am Dead, and committing to completing all three will likely push your playthrough time beyond the main game’s five- to six-hour mark.

The first objective is to find items that advance the plot, as already mentioned. As the game progresses, environments expand and become increasingly complex, with cross-section imbedded in cross-section, embedded in cross-section. You start in a lighthouse, and later have to scan an entire bustling quayside for characters and clues (although these puzzles are never particularly hard). Secondly, there are collectibles in each zone, in the form of Plasticine-like creatures called Grenkins who hide in abstract shapes. Finally, and providing the greatest difficulty, there are optional cryptic riddles from trickster character Mr. Whitstable.

There is far more literal than figurative depth to I Am Dead’s gameplay, and the game dials its quirkiness up to a twelve. This is a universe where the human inhabitants of Shelmerston live alongside toast-loving fish folk, toucan people flock to the island for their holidays, the local lighthouse is a yoga retreat, and there is an apple-headed art critic roaming about. It’s odd, and with its idiosyncrasies slapped on so thick, early during my playthrough I didn’t think I would enjoy the game at all.

Much like Morris, the passionate lifelong protector of island lore, I slowly fell in love with Shelmerton and its peculiar inhabitants. I was won over by I Am Dead’s charm, good spirit and intricate, lovingly crafted world. Despite the buckets of eccentricity dumped on the player, beneath it all is the hook of relatable characters and recognisable stories.

Morris’s dive into memories dredges up the life stories of ordinary people. There’s a widower father trying to connect with, but clashing, with his spirited daughter; the awkward, but good-hearted loner who gets on better with animals than people; the childhood sweethearts who needed time apart for their love to mature. Benefiting from naturalistic voice performances, these tales are tenderly told, and ring true. They have a lot to say about the legacies that people leave behind. They spotlight the memories that last; what we think is important versus what is really meaningful.

I Am Dead is now available on Nintendo Switch, Steam, and Epic Games Store!

Ultimately, that’s what gives I Am Dead its potency. Beneath its eccentricities, and despite its simple, non-evolving gameplay are bittersweet reassurances that death is not the end – for the deceased and the living that loved them. Best played leisurely with a controller, it’s a game you won’t easily forget. And it feels kind of needed at the moment.

I Am Dead is out now for PC and Nintendo Switch, having finally released on October 8.

The Apple Arcade subscription service launched in 2019 with tonnes of games, and we’ve looked at five of the games that are worth playing, and then ...
News
11 months ago

The internet will begin to writhe and froth with anticipation at the prospect of two titans uniting to create one unified vision - and that’s exactly ...
News
11 months ago

The Outer Worlds is coming to Steam next week

The Outer Worlds is a single-player, sci-fi RPG in which you play as the lone survivor of a colonist ship, awoken on the edges of colonised space, in ...
News
11 months ago