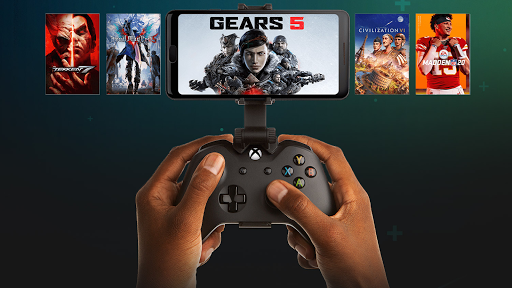 Xbox Series X is compatible with thousands of games across four generations of Xbox. And, with Smart Delivery games, you buy a game once and get the best version of that game for the console you're playing on.
Image: Supplied

Microsoft was going to find a way eventually.

A recent update to the Xbox app for iOS added remote play functionality for iPhone and iPad users, meaning you can now stream games from your console to your iOS device, wherever a steady internet connection may be found. It’s also Microsoft’s cunning way of getting around Apple’s rules about game streaming apps in the App Store.

It’s not xCloud, but it’s not nothing. While xCloud lets you stream games direct from servers (it’ll get to South Africa eventually), the remote play feature lets you stream games from your console; like super-long distance casting. You just need a compatible device (iOS 10+) and controller (wireless with Bluetooth) and a steady internet connection (5 GHz WiFi/mobile with 10 Mbps down).

Your console also has to be on or in Instant-On mode so that the app can access it. But once you’ve got all that set up, you can stream games to your device from home, even when you’re not there (which happens sometimes). As long as they’re Xbox One or Xbox Series X/S games – older ones won’t work.

The Xbox app is also just generally faster now and has had the same Series X/S UI update you may have noticed on your console dashboard. This isn’t a terrible compromise to use until Xbox Game Pass comes to iOS.

One of the new features that players will be able to make use of is the PS5’s voice chat, but in case you were worried that Sony was going to be ...
News
1 year ago

The future’s knocking at your door, and it’s bringing some much-needed quality of life improvements with it on the gaming front.
News
1 year ago

The Telkom VS Gaming Masters championship 2020 for South African Dota 2 teams finished over the weekend, and we had the opportunity to watch the best ...
News
1 year ago

There’s been a trend in video game hardware over the last two years that’s easy to sum up: nostalgia, but repackaged in a more compact form.
News
1 year ago