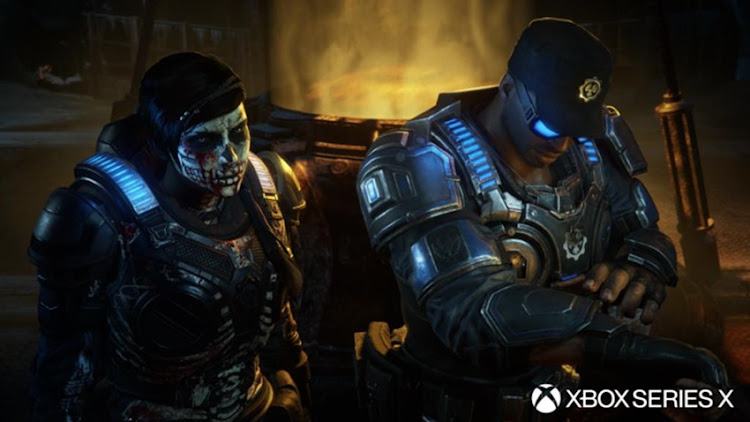 Gears 5 is a third-person shooter video game developed by The Coalition and published by Xbox Game Studios for Xbox One, Microsoft Windows and Xbox Series X/S.
Image: Supplied

Gears 5 was always a handsome-looking game, but its next update is going to increase the beefiness of its visuals to dangerously muscular levels. MUSCLES AND GUNS YO! Alongside new graphical bells and whistles, you’ll be able to start New Game+ Mode and…play as former WWE superstar Dave Bautista? Well alright then. The update is coming on November 10 for Gears 5 so that it’ll be ready day one for the launch of the Xbox Series X and Series S, while New Game+ will add the following features:

Any upgrades you’ve made for Jack will also carry on over, while the aforementioned new difficulty modes will definitely put even the most hardened COG in the machine through the ringer, as Ironman will give you a single life in which you’ll be able to get the campaign job done. “If you’re familiar with that in games like XCOM, [which] maybe is the best example where you don’t want to die ever — you’re trying to play through with one life [in Ironman mode],” Zoë Curnoe, principal lead producer of Gears 5 said to IGN.

That’s really challenging and that’s where bringing over your OP Jack is going to help you get through that. Or certainly playing through co-op if you’re both in Ironman, that would be a really fun thing to challenge as well. So we certainly loved the couch co-op challenges for Gears.

And then there’s the fan campaign on Twitter finally paying off, as developer The Coalition has finally created the Bautista Cut of Gears 5. The WWE strongman and actor’s likeness has been added to Gears 5, plus there’s a whole bunch of new voice lines that been recorded. Someone was clearly asking for this a lot.

Multiplayer and graphical changes are also coming, but the end result will be a leaner and meaner game overall when the new-gen consoles break cover and do the roadie run towards your face. Like many of Microsoft’s forst-party games, Gears 5 can be had outright for its retail price or rented through an Xbox Game Pass subscription. Both options still allow you to VREEEEEEEEEEEEM your way through the Locust.

I never get tired of doing that.

Destiny 2: Beyond Light Stasis subclasses are designed to “get back to the feeling of Destiny 1”

Change is in the air for Destiny 2. For years players have fought back against the Darkness, an all-encompassing force of malevolence that allegedly ...
News
1 year ago

We haven't seen a new Dota 2 hero release since November 2019 when Valve unleashed Void Spirit and Snapfire.
News
1 year ago

Ghost of Tsushima: Legends is a free update that adds four-player (sadly not seven-player) co-op multiplayer and a New Game+ mode that lets you start ...
News
1 year ago