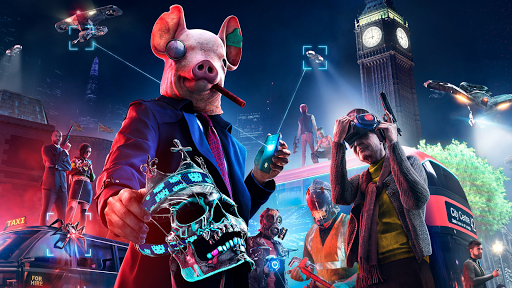 Ubisoft revealed Assassin’s Creed thirteen years ago – it has indeed been that long, congratulations on being old. I remember being impressed at the way the game merged art design with platform mechanics. The world felt alive, organic, like nothing you’d seen before, with a virtual playground and a story providing the compelling reason to explore. Fast-forward to today and, well, Ubisoft is still making the same game. Each subsequent release ad-libs new details on top of the same basic structure. It’s no longer as fresh and exciting as it was in 2007, maybe, but is carried by exceedingly high production value. The quintessential Ubisoft experience, for better or worse.

Watch Dogs fits perfectly into this paradigm. Ostensibly GTA meets Hackerman, it ticks all the requisite Ubisoft checkboxes – semi-realistic setting with a twist, mega-evil corporation pulling society’s strings from behind the scenes, the good guys who are at best diametrically opposed anarchist freedom fighters and at worst actual terrorists, and the obligatory world map full of icons you can obsessively press X to collect. Applying these to Watch Dogs: Legion, we get London-but-near-future-police-state, Big Tech, DedSec, and well, collectibles. Collectibles never change.

This isn’t to deny Ubisoft developers’ unquestionable ability to create living, breathing worlds. Whether you’re walking amongst the populace or cruising through London’s boroughs (on the correct side of the road, Americans), everything looks, sounds, and feels suitably British right down to the casual xenophobia, innit wot. I was sometimes put off by dodgy voice-acting, made worse because I mean it’s the country that originated the language, you know? 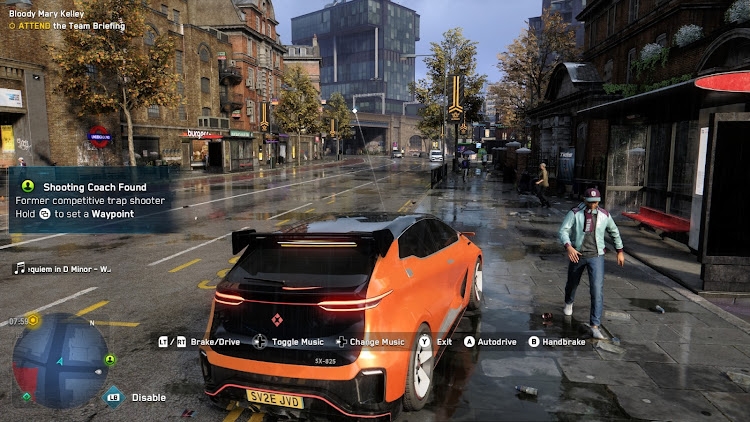 Watch Dogs: Legion presents a fascinating world to the player, albeit one that presumes every person and their literal grandmother is smartphone-literate and capable of hacking NASA. This sounds laughable but given the internet runs on strings and cheese, it’s not far off from reality.
Image: Supplied

Back on point, London is gorgeous. A far cry (heh) from the graphical downgrade days of the first Watch Dogs, everything looks absolutely spectacular here especially with ray-tracing turned on. I spent a solid hour tweaking the game’s visuals, running the in-game benchmark, and taking photos. The game also features eye-tracking and anti-cheat software – very meta for a game about intrusive software. I wasn’t super chuffed with the outrageously high CPU usage and semi-frequent crashes to desktop, though, but hopefully these get ironed out with new drivers.

So yeah, about what you expect from a Ubisoft game, then. Elsewhere, there are upgrades and cosmetics you can purchase, locations you can liberate, side activities you can undertake, text and audio logs you can pick up for some added lore, hacks you can… hack. You know, Ubisoft stuff.

There is one key difference, however, and it’s a game-changer. Giving up entirely on a singular memorable character, Ubisoft Toronto decided instead to let you play as anybody in the game. There simply is no protagonist, or more fittingly, everyone is the protagonist. You can walk up to any NPC in the game, anywhere, anytime. Scan them, decide if they have skills suited to the cause, and then attempt to recruit them. They’ll ask for a favour. If you succeed, they will join and are then playable for the duration of the game until they die (they can die) or get arrested and are temporarily unavailable. And you can switch between all available recruits whenever you want. 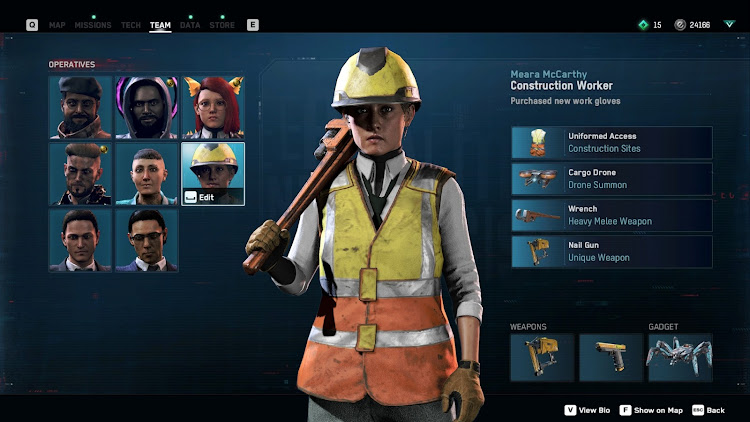 There is one key difference, however, and it’s a game-changer. Giving up entirely on a singular memorable character, Ubisoft Toronto decided instead to let you play as anybody in the game.
Image: Supplied

This has necessary trade-offs, most notably needing animations and voiceovers for every possible NPC type across the entire story, which means generic arm-waving and lip-flapping that never matches what’s happening on-screen. A decidedly un-cinematic experience. Still, I can’t imagine how tough of a sell this was, and I admire the sheer audacity of the designer who proposed this.

Along for the ride is a sardonic AI called Bagley – think J.A.R.V.I.S. from Iron Man, but with the nihilistic deadpan turned up to what’s-the-point-of-it-all – who plays the role of your virtual guide through DedSec missions, offering helpful suggestions (and unhelpful snark) throughout the game. Other DeadSec recruits may occasionally chime in as well, further adding to the brilliance of this “craft your own experience” approach to what is essentially a single-player story.

Watch Dogs: Legion presents a fascinating world to the player, albeit one that presumes every person and their literal grandmother is smartphone-literate and capable of hacking NASA. This sounds laughable but given the internet runs on strings and cheese, it’s not far off from reality. What starts off with all the subtlety of a Brexit-branded jackhammer ends up presenting poignant commentary not only on modern society’s over-reliance on social media and the internet of things, but also how dangerous all that data collection could be if some nefarious third parties decided to use it for profit. It’s depressingly life-accurate, though here you have the power to actually make a difference.

BOTTOM LINE
Watch Dogs: Legion is a charmingly British tale of corruption, woe, and the widespread degradation of society due to an overreliance on social media, the internet, and the power we give the keepers of our data. Art mirrors life, and adds ray-tracing for effect. A stellar attempt from Ubisoft Toronto that adds some flavour text to Ubisoft’s same-but-different-but-same video game design.

Confession time: I have been dreaming of actually strapping into the cockpit of an Incom T-65B X-Wing starfighter ever since I saw Luke Skywalker use ...
News
1 year ago

We haven't seen a new Dota 2 hero release since November 2019 when Valve unleashed Void Spirit and Snapfire.
News
1 year ago

Game Review | I Am Dead - a fresh, feel-good perspective on death

Loss, specifically death, sits at the core of I Am Dead, a new game from the makers of Hohokum and Wilmot’s Warehouse, under the publisher umbrella ...
News
1 year ago

Ghost of Tsushima: Legends is a free update that adds four-player (sadly not seven-player) co-op multiplayer and a New Game+ mode that lets you start ...
News
1 year ago