Among Us is getting a new map and a dashing monocle 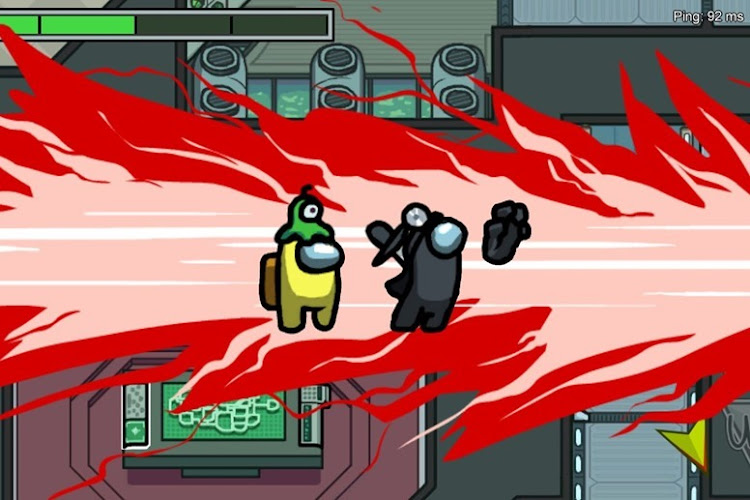 Among Us is an online multiplayer social deduction game developed and published by American game studio InnerSloth and released on June 15, 2018.
Image: Supplied

We don’t need to go into all the hype around Among Us. Yes, the game is still huge and still the biggest surprise of 2020. It’s so huge that not even the developers expected it to be as big as it was, scrapping development of a sequel in order to purely focus on adding more content to the original game. Well good news for us as that first wave of new content is hitting the game very soon. A screenshot of a new map has been released by the game’s official Twitter account and while it’s unmistakably Among Us, it still looks pretty neat.

Actually, maybe I’m just more won over by the monocle because it’s great. All games should have monocles because there’s nothing like letting your enemy know you’re a posh dick with a single piece of glass strapped to your eye. The map itself… well, I thought it was a boat at first glance but it’s certainly a spaceship upon closer inspection. The wildest part about the announcement though is that it came from Among Us’ official Twitter account… which has only been a thing since yesterday. Considering the runaway success of the game this year, that’s wild to me.

We can expect more details and a better look at the content come 10 December during The Game Awards. Among Us is actually nominated for two categories: Best multiplayer and best mobile game. Makes sense that The Game Awards would be the place for a proper announcement because that Geoff Keighley… he’s just been a little too sus for my liking.

Steam official rolls out its Playtest feature to all game developers

Steam is adding a new feature, appropriately titled Steam Playest, that allows developers to invite people into their games right from the Steam ...
News
1 year ago

On the surface, it’s a face-melting explosion of next-gen graphical features. Towering buildings shimmering in ray-traced lights, the clash of steel ...
News
1 year ago

Like previous games in the series, Assassin’s Creed Valhalla has some actual, for reals historical context, with viking expansion into the British ...
News
1 year ago

Half-Life 4: Alyx updated with over three hours of developer commentary

Before Valve essentially retired from making games to focus mainly on Steam, they often threw in little nuggets of behind-the-scenes notes in their ...
News
1 year ago