Nintendo has sold 80 million Switch consoles, Animal Crossing: New Horizons is on 39% of them 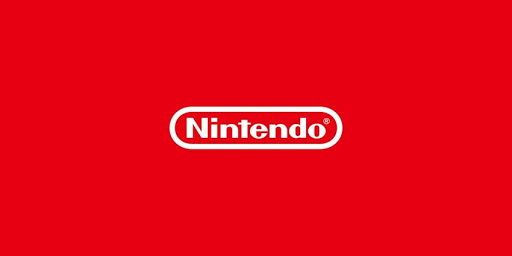 To the surprise of nobody, Nintendo just recorded one of its best financial quarters of all time. Thanks to a perfect storm of being told to stay home, a pandemic, and idiots buying up all the toilet paper, the Big N has done what scientists refer to as chufftacular numbers. The earnings results for its Q3 FY3/2021 (October to December 2020 ) pointed out a 37.3% year-on-year increase in revenue, which in money-terms works out to 1,404 billion yen. That’s a lot of yen.

Only one other financial quarter in Nintendo history has seen better results, and that’s Q3 FY2008 back when the Nintendo Wii and DS consoles were doing gangbuster numbers. Switch hardware and software sales were massively up last year, with the Switch selling 11.57 million units, a 7% growth over the same period last year. The base model Switch made up 72% of those sales, while hardware sales overall contributed to 56% of Nintendo’s revenue.

Primarily driven by strong demand for Switch since the COVID-19 lockdowns + new games in CY20 pic.twitter.com/Di1Iq5MGks

The Nintendo Switch has also officially overtaken the lifetime sales of the Nintendo 3DS console with 79.87 million units sold over 46 months. 66.34 million sales were of the base model, while the Switch Lite has so far sold 13.53 million units. As for the all-important games, it’s all good news as well! Hyrule Warriors: Age of Calamity sold 3.5 million units, and overall there was a 17% increase of sales year-on-year in Q3 with 75.85 million units of software being sold in total.

Digital sales also continued to increase, with Nintendo recording a jump by 58% in Q3 for both full-game and DLC sales. Digital currently makes up 32.1% of all Nintendo software sales. Animal Crossing: New Horizons has clocked 31.18 million sales and is now the best-selling Switch game of all time. In fact, it’s owned by 39% of Switch owners.

Pokemon is also doing rather well, and the latest entry in the series (Sword/Shield) is the first Pokemon game since Gold/Silver to break past the 20 million sales barrier. Nintendo headquarters is going to be popping some expensive champagne tonight, and that’s not even counting upcoming releases such as Super Mario 3D World + Bowser’s Fury, Bravely Default 2, and a new Pokemon Snap.

This article was brought to you by Critical hit

From now until 21 February, the Steam Game Festival is celebrating indie games with livestreams, interactive developer discussions, and access to ...
News
2 months ago

Sony sold 4.5 million PS5s in less than two months, not too shabby

So how well did the PS5 sell then once all the buying dust had settled? Sony published the earning results for Q3 FY2020 this morning, and as you’d ...
News
2 months ago

South African tournament organizer Raving Mad Gamerz is hosting a local Apex Legends league for 2021, which teams can enter and compete in starting ...
News
2 months ago
Next Article