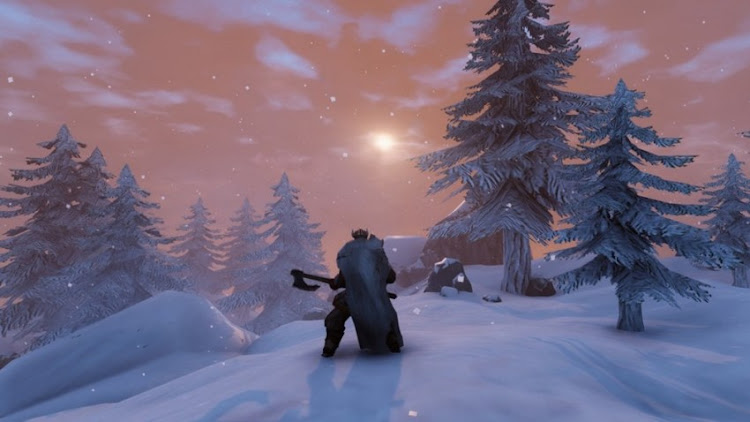 A brutal exploration and survival game for 1-10 players, set in a procedurally-generated purgatory inspired by viking culture
Image: Supplied

Released into Steam’s Early Access at the beginning of the month, Valheim is currently battling for third place against PUBG and it doesn’t even involve any PvP.

The are more people playing Valheim than there are playing things like Apex Legends, Grand Theft Auto V, and Rust, with the peak concurrent players currently hovering around 367,000. Not bad for a game that’s only been out for two weeks and isn’t even finished. Seems like all we really want is to wander around a procedurally-generated world, slaying trolls with our friends, and crafting our own pants. Especially if they’re Viking pants.

Valheim is a Viking-themed, open world, co-op, PvE, survival game, developed by Iron Gate AB and published by Coffee Stain Publishing. There are only nine realms in Norse mythology (you may have heard of Midgard and Asgard), but Valheim, for the purposes of this game, is a super-dodgy 10th realm that you get dropped off in after dying in battle. It is up to you, and your equally dead friends (if that’s what you’re into), to tame this wild world by slaying the ancient rivals of Odin.

Early Access Out Now! A brutal exploration and survival game for 1-10 players, set in a procedurally-generated purgatory inspired by viking culture. Battle, build, and conquer your way to a saga worthy of Odin’s patronage!

But you should probably gather some berries first; can’t go adventuring on an empty stomach.

Valheim is currently in Early Access on Steam. You can get it for R130.

Witcher 3 and Cyberpunk 2077 developer CD Projekt Red has been hit by a cyber attack, confirming in a statement that an unidentified actor had ...
News
4 months ago

Exotic gear is the knees of the bees in Destiny 2, death-dealing weapons and armor that can drastically shake up how you play the game with any of ...
News
4 months ago

Ashwalkers is a different sort of post-apocalyptic survival sim

South African tournament organizer Raving Mad Gamerz is hosting a local Apex Legends league for 2021, which teams can enter and compete in starting ...
News
4 months ago