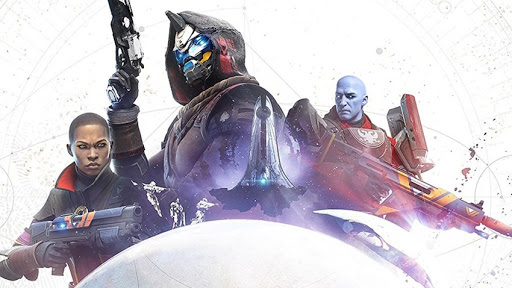 Destiny 2 is a free-to-play online-only multiplayer first-person shooter video game developed by Bungie. It was originally released as a pay to play game in 2017 for the PlayStation 4, Xbox One, and Microsoft Windows platforms.
Image: Supplied

Change is on the cards at Destiny developer Bungie, as it looks towards the future and starts putting its eggs into more than just a single 1360 Light power basket. In a new report, the company has confirmed that it still plans to launch a brand new IP by 2025, it’s addining more staff to its roster, and it has plans to take Destiny into the realm of expanded media.

These ambitious plans date back to when a Chinese internet company invested $100 million in Bungie for non-Destiny related projects, with the primary new franchise being spearheaded by newly promoted chief creative officer Johnny Ebbert and general manager Zach Russell. They will “build and drive the creative vision and foundation for Bungie’s future worlds alongside the next generation of leaders at Bungie, with plans to bring at least one new IP to market before 2025,” according to the developer.

But they can’t do it alone! More manpower is needed, as Bungie’s current office (which is really freakin’ awesome to tour) will be more than double its current size once construction work completes in 2022.

“In addition to building state-of-the-art facilities to support the growth and development of their talented employees, one of the primary drivers of Bungie’’s expansion is to increase the commitment to the long-term development of Destiny 2, tell new stories in the Destiny universe, and create entirely new worlds in to-be-announced IPs,” Bungie said in a press release.

The new facility will include a reimagining of its Bellevue, WA-based studio space to support multiple project teams, including those outside of the Destiny Universe. Designed by award-winning architect NBBJ, the new HQ is centered on collaborative ‘neighborhoods’ built to support the spirit of deeply integrated creative collaboration that defines Bungie’s success and a hybrid workforce of both remote and on-site staff.

Here’s where things get really interesting. Destiny’s primary game directors Mark Noseworthy and Luke Smith have just received a big new promotion. Noseworthy has become the vice president of the “Destiny Universe,” while Smith will become the executive creative director of the Destiny Universe. With those fancy titles, the duo will oversee a big push to get Destiny into “additional media”, which could be anything from a web-series to a TV show, or even a big budget movie one day.

There’s plenty of stories to explore in the realm of Destiny, and even if the games are laughably bad at actually creating a narrative that makes sense in a universe full of vague flavour text and paracausal space demons, maybe Hollywood can turn that source material into essential viewing. Heck, let’s get an anime series going already!

As for Destiny 2, the game that runs the show right now, it’s in a very healthy spot. The Beyond Light expansion has been a fresh new start, the current Season of the Chosen has players back in the saddle, and the next two years of major expansions have been mapped out. This year will see Savathun finally launch her plan for conquest in the Witch Queen expansion, but it’s 2022’s update that may signal the end of an era as Lightfall draws closer.

This is the company’s first official wireless headset since, I dunno, the Xbox 360? So that’s fun.
News
1 year ago

Motorsport South Africa along with FIA Rally Star offers you the chance to turn your online skills into a career as a professional rally driver by ...
News
1 year ago

Released into Steam’s Early Access at the beginning of the month, Valheim is currently battling for third place against PUBG and it doesn’t even ...
News
1 year ago

The PUBG Mobile Duos tournament will feature three qualifiers leading to a grand final. Two qualifiers will run in February, and one in March, ...
News
1 year ago