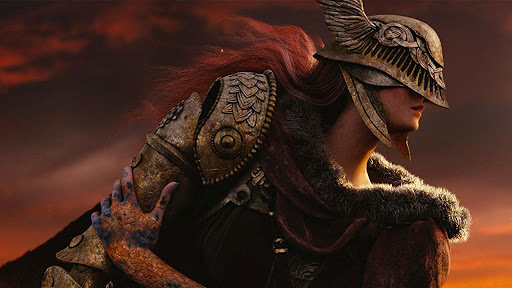 Since its debut at E3 2019, From Software’s Dark Souls-but-with-ponies has been a consistent no-show at every subsequent games event, prompting speculation that the project is vapourware or cancelled or perhaps even some sort of mass hallucination. Until now.

Multiple off-screen videos of Elden Ring gameplay have apparently been circulating via confidential online channels for some time, according to Eurogamer, but were published on Twitter this week so now everybody knows – that’s assuming these are the same videos, however, because if so, nobody’s telling. Real or not? You decide. The Elden Ring News YouTube channel has compiled them into one video for your convenience.

Here's all 4 of the clips today merged into one video. The last 2 clips appear separate from the first two. Perhaps more recent. Twitter - https://twitter.com/eldenringupdate Twitch - https://www.twitch.tv/eldenringnews

If it is real, we can probably expect publisher Namco Bandai to quit being so secretive and just launch the trailer, omg, but Microsoft marketing boss Aaron Greenberg has confirmed that an Elden Ring premiere won’t be included in an Xbox event on 23 March. With Sony’s most recent State of Play event already concluded without Elden Ring, the next obvious opportunity would be the virtual E3 expo in June. But it’s not like Namco Bandai has to launch a new trailer on some special occasion, so it could be tomorrow. Or 2022.

We’re all waiting for Diablo IV, but why not pass the time with some old school fun, remastered for 21st century eyes?
News
3 months ago

It Takes Two is the cute upcoming co-op game from Hazelight studios and while we may have some super secret hands on with the upcoming game coming up ...
News
3 months ago

Change is on the cards at Destiny developer Bungie, as it looks towards the future and starts putting its eggs into more than just a single 1360 ...
News
3 months ago

Motorsport South Africa along with FIA Rally Star offers you the chance to turn your online skills into a career as a professional rally driver by ...
News
4 months ago