Apex Legends launches on Nintendo Switch next week, so check out some gameplay 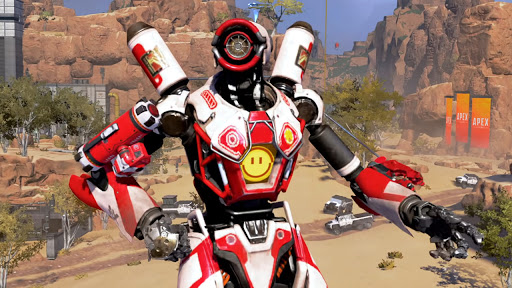 Apex Legends is launching on the Nintendo Switch next week, so here’s some actual gameplay, and a first-look at that free Pathfinder skin, to get you all hyped to join the party.

Apex Legends makes its long-awaited debut on Switch this season on March 9.

Since Switch players will be joining Apex Legends in the middle of Season 8, they will be getting 30 free Battle Pass levels, double XP for the first two weeks, and a limited-time Legendary Pathfinder skin. The Switch port will also feature crossplay at launch. Don’t ask me how that’s going to work, but I assume it will follow the current system in which console players only match with PC opponents if there is a PC player in their squad.

Although, that does mean you might match up against Xbox and PlayStation players which will be… interesting, considering the performance differences. I say this knowing full well that I’ll probably get massacred by a Switch player on day one.

The Apex Legends Nintendo Switch port is due to release on 9 March and, according to Nintendo, it’s going to be about a 30GB download, at least.

Originally only available on PC via Origin and then launched on Steam in November 2020, Apex Legends is currently one of Steam’s top five most-played ...
News
1 year ago

The company has been toying with the idea of AR glasses for a few years now but has never unveiled anything that could be considered potentially ...
News
1 year ago

Watch the rise, fall, and rise of a videogame giant in Playing With Power: The Nintendo Story

When it comes to video games, the most iconic brand in the industry is easily Nintendo. Unless you’re far too young to remember the classic early ...
News
1 year ago

Google Stadia wants to remind everyone that yes, it is actually bringing games to the platform in 2021.
News
1 year ago