Everywhere is basically OASIS from Ready Player One 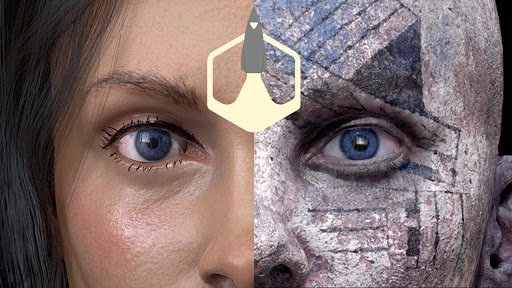 Ready Player One is a 2018 American science fiction action-adventure film based on Ernest Cline's 2011 novel of the same name.
Image: Supplied

At least that’s what it seems like Build a Rocket Boy is trying to do with the upcoming game that we know very little about.

All we have, so far, is a website and a couple of interviews to go on, but Everywhere (styled with a backwards E on the end that I’m not cool enough to achieve) already has a solid fan-following. This is mostly due to the fact that former Rockstar North president Leslie Benzies is the leader of Build a Rocket Boy, the development studio behind Everywhere.

According to the 2017 press release, Everywhere is a “next generation experience”.

Our goal is to create a platform where players can be entertained, and also entertain others while blurring the lines between reality, and a simulated world.

An interview with Polygon revealed that Everywhere intends to be “less restrictive than other games”, a place to create multiple narratives and let players “really live out their fantasies”. More than a game, Everywhere will also function “like a social network”. If that sounds familiar, it’s pretty much what OASIS is in Ernest Cline’s Ready Player One – a globally networked virtual reality world that replaces the real world for most of humanity in the not-too-distant future.

And there’s a whole community of fans squeezing the internet for more information, finding clues in everything from job ads to patent registrations. Their findings suggest VR integration and the ability to buy real-world objects from within the game, as well as broadcast media content like film, music, and game streams, all tied together with a companion app so you never have to leave Everywhere, not really, because it’s EVERYWHERE.

Everywhere is due to launch some time towards the end of 2021, but, given the ambitious nature of the project, maybe manage your expectations.

Microsoft has finalised its acquisition of ZeniMax Media, parent company of Bethesda Softworks and confirmed that some new titles will be Xbox and PC ...
News
1 month ago

Microsoft is making holographic meetings a reality with Microsoft Mesh

Microsoft has been working on augmented reality devices for a long time, but the biggest hurdle encountered is that they haven’t really found too ...
News
1 month ago

We’re all waiting for Diablo IV, but why not pass the time with some old school fun, remastered for 21st century eyes?
News
1 month ago

Oddworld: Soulstorm is coming to PC (via EGS) and PlayStation some time around May/June.
News
2 months ago
Next Article