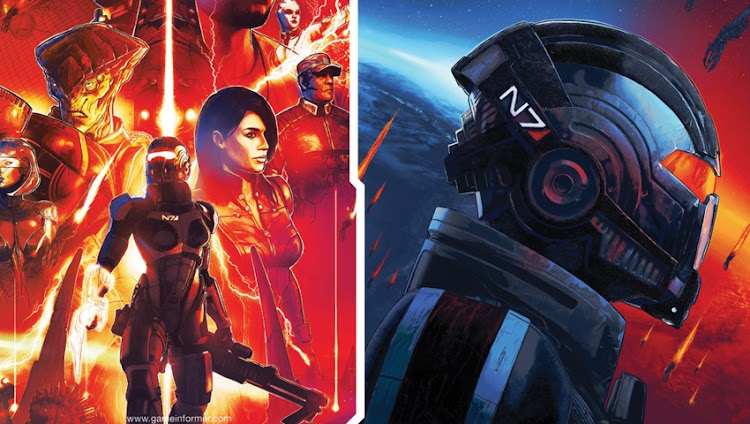 Our goal from the onset was to improve and enhance the visuals while staying true to the original aesthetics of the trilogy that have become so iconic and genre-defining over the past decade
Image: Supplied

On the surface, Mass Effect Legendary Edition is pretty much the exact same trilogy of games that you remember. Saving the galaxy, recommending products on the Citadel, and getting freaky with alien species (I’m looking at you, Morden Stans). Under the hood though? It’s a whole new game. A number of subtle mechanical changes have been made, the bulk of which have been applied to the first Mass Effect game so that it could be more in line with its first two sequels.

It’s also a very obviously improved game on the visual side as well, sporting a number of enhancements that makes me sound like a genius when I start randomly spouting off words. Volumetrics! Orlando Bloom lighting! Ambient occlusion! I’ve got no idea what any of that means but I like sounding smart. Here’s a fresh two-minute trailer, showing the remastered trilogy off in action. Weird how the font makes me think that it’s a Last of Us sequel.

Pre-order now: https://www.ea.com/games/mass-effect/mass-effect-legendary-edition/buy/ Get an in-depth look at the visual upgrades you’ll experience when Mass Effect™ Legendary Edition launches May 14. Check out a side-by-side comparison of the stunning environmental, character, and visual effects improvements waiting for you – the people, places, and tech you know and love have never looked so good.

“Our goal from the onset was to improve and enhance the visuals while staying true to the original aesthetics of the trilogy that have become so iconic and genre-defining over the past decade,” EA/BioWare community manager Jay Ingram explained in an extremely lengthy post on the PS Blog.

A remaster rather than remake allowed us to build upon the original assets in a way that resembles the polishing phase in a normal development cycle, while also being able to utilize the advantages of much more modern hardware and software.

For those interested in the technical aspects of game development, it’s probably no surprise to hear that changing almost any asset or system can (and will) break something else. When a game is in its final state, it generally resembles a house of cards. The simple process of blowing the dust off, let alone implementing foundational changes like updating the version of the engine, will undoubtedly cause unexpected issues.

Remastering a single game is a deceivingly complex process, so creating a proper plan for how best to mitigate risk while reopening three games to full development was foremost on our minds.

EA and BioWare took a three-step approach to the remaster: Rebuild, modernise, and rebuild once again. The end result once it arrives next month is an honest attempt to bring the entire trilogy into the modern era with updated visuals, gameplay, and a whole lot more. It’ll be hitting PC, PlayStation 4, PlayStation 5, Xbox One, and Xbox Series X|S citadels on May 14.

According to PC Gamer, Activision applied to trademark the terms Warzone and Call of Duty: Warzone back in June 2020, a couple of months after the ...
News
3 weeks ago

Expeditions are a new way to explore the universe as a community. Each expedition begins at a set starting point for everyone taking part and you ...
News
4 weeks ago

In case you missed them the first time, the Bad Batch aka Clone Force 99 were introduced in The Clone Wars series as a group of less than perfect ...
News
4 weeks ago
Next Article