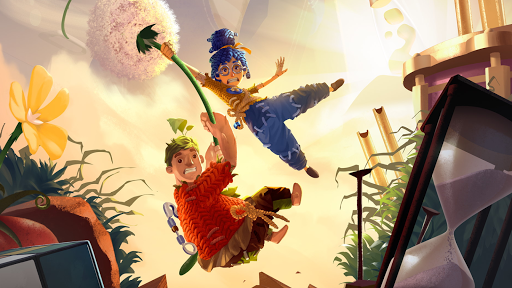 It Takes Two introduces protagonists May and Cody, a wife and husband who’ve decided to split so that’s an unconventional narrative hook for a video game.
Image: Supplied

But we had to do it because how else were we going to make our ten-year old daughter cry? Exactly.

And besides, what’s one more emotional trauma on top of the divorce, anyway – she can get over it with an awkwardcore goth phase and a vinyl copy of The Cure’s Disintegration like every other kid whose mom and dad made some mistakes. And also besides, she’s responsible for this entire mess because of the stupid spell. We’re the real victims here, okay.

It Takes Two introduces protagonists May and Cody, a wife and husband who’ve decided to split so that’s an unconventional narrative hook for a video game. Desperate to save her parents’ marriage because she hasn’t realised she’ll get to double-up on Xmas presents, Rose consults The Book of Love by Dr Hakim, a “famous expert” of exceedingly dubious medical qualifications (or other qualifications), and before you even start with the excuses that irreconcilable differences are, by definition, irreconcilable like that’s relevant or whatever, May and Cody are magically transported into miniature doll versions of themselves and must now work out their relationship problems by solving physics puzzles and punching squirrels. It’s metaphorical, probably.

Much like developer Hazelight’s previous games Brothers: A Tale of Two Sons and A Way Out, It Takes Two is a co-op game for two players and supports local and online connectivity. You can’t play it solo, but as a bonus extra, it includes a free “Friend Pass” so just one copy of the game is required.

WE NEED TO TALK

Despite its charming Pixar aesthetic and fart jokes, however, I don’t recommend playing this game with your pre-teen cousin unless you also want to have an uncomfortable discussion with your aunt and uncle about the questionable legitimacy of monarchism in the context of contemporary democracy so if you think about it like that, Queen Cutie was a parasite sucking on the indoctrinated post-imperial nostalgia of the proletariat and it’s not even murder, it’s a coup d’état, which isn’t the same thing because of the spelling. That’s how you get cancelled on WhatsApp. 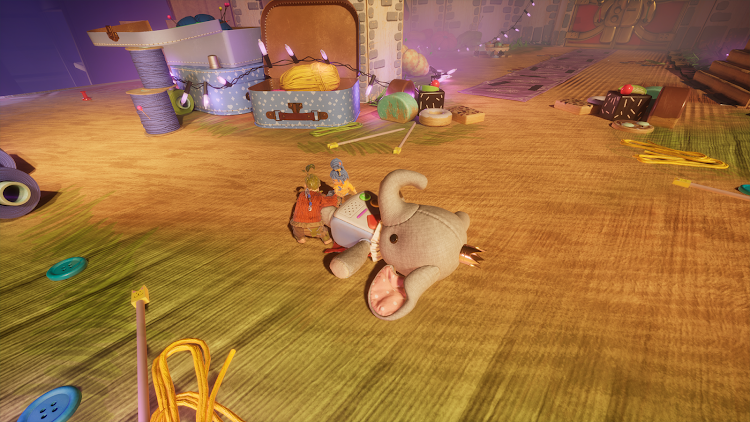 Much like developer Hazelight’s previous games Brothers: A Tale of Two Sons and A Way Out, It Takes Two is a co-op game for two players and supports local and online connectivity
Image: Supplied

Innovating on the studio’s established co-op formula, this is a much more diverse game that constantly jumps between genres and game mechanics, complemented by some of the most uniquely creative level design ever. Moment to moment, It Takes Two is a unpredictable series of whimsical absurdities – including a homicidal vacuum cleaner, a zero-gravity space station made out of pillows, and a super psychedelic clockwork dimension featuring time manipulation – that, almost impossibly, manage to maintain a kind of logical cohesion from one whimsical absurdity to the next.

I mean, I wasn’t expecting to get involved in a complicated political drama with the garden wasps when I woke up this morning, but we had to do it because how else were we going to get to Moon Baboon so we could promise him that we wouldn’t make Rose cry, so we could make Rose cry? Exactly. It’s basic chaos theory, except instead of a butterfly, it’s a mole trampoline.

Difficulty can be a frustrating problem with a lot of co-op games – if one player is more competent or, I dunno, like, maybe more impulsive than the other, for example, but I’m totally not talking about me and my husband but if I was, I’m competent and he’s so infuriatingly fucking impulsive, but I wasn’t, but hypothetically – but It Takes Two mitigates this with frequent checkpoints and if you’re wiped out, you get an opportunity to self-rez every time. If both of you are wiped out simultaneously, it’s game over, but so what because the previous checkpoint was conveniently just 20 seconds before. Other co-op games, be more like this.

It Takes Two
BOTTOM LINE
It's hilarious, it's bizarre, it's gorgeous, it's obscene, and it's consistently, astoundingly, preposterously inventive. This is 2021's hot new GOTY contender.
PROS
FUNS! LOLS! CASUAL ATROCITIES!
Ingenious level design and game mechanics
I wasn't joking about the punching squirrels thing - one of the bosses is a squirrel, and you get to punch him, like what, I'm punching squirrels, this is amazing
CONS
I can't prove it, but Dr Hakim is the Zodiac Killer

We’re well past 1 April, so, yes, battle royale Pac-Man is real. And it actually looks kind of fun.
News
3 weeks ago

Expeditions are a new way to explore the universe as a community. Each expedition begins at a set starting point for everyone taking part and you ...
News
4 weeks ago

If you purchase the Borderlands 3 Director’s Cut DLC you’ll get a new raid boss to get obliterated by, a murder mystery to solve, and some ...
News
4 weeks ago
Next Article