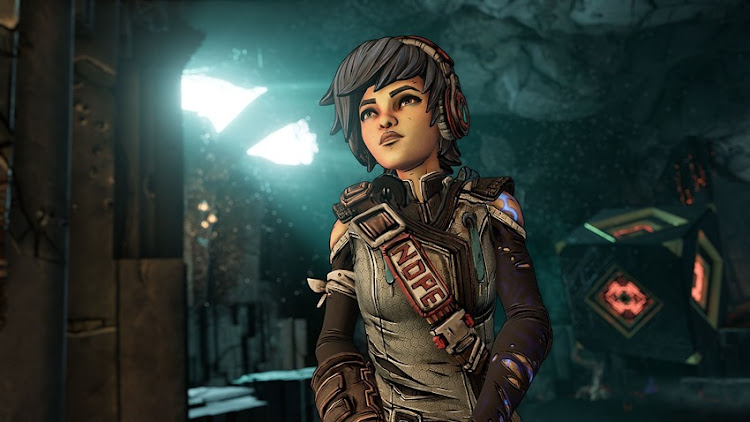 One of the best characters in Borderlands is pretty much forgotten about and glossed over from that point, while Ava continues to be the worst thing to happen to pop culture since Scrappy Doo was added to Scooby Doo.
Image: Supplied

The beauty of Borderlands, is that each of its main characters can be summed up in a mere pairing of words. Claptrap? Unappreciated hero. Lilith? Fiery authority. Maya? Very dead. Marcus? NO REFUNDS. And then there’s the newest addition to the Borderlands cast, Ava. How do you sum her character up? F**cking terrible.

It’s no secret that Ava is seen as an aggravating and terrible character in Borderlands. That’s saying something considering that none of the characters are saints to begin with, but Ava’s role as a bratty inheritor of Maya’s Siren powers and eventually the spaceship Sanctuary III would have made sense if the character showed some actual growth through the course of Borderlands 3.

One deleted scene in the Director’s Cut DLC for Borderlands 3 actually goes to the effort of humanising Ava, adding a layer to her character that makes sense in the grand scheme of things. For the sake of context, and apologies for the spoiler but it has been a few years, Maya’s death in the game is pretty much glossed over, while Ava goes into full-on prat mode and blames everyone around her for Maya’s death despite the fact that she was directly responsible for it. Even worse? Nobody calls Ava out for her bad attitude or irresponsible actions, not once is she held to account for her destructive actions.

One of the best characters in Borderlands is pretty much forgotten about and glossed over from that point, while Ava continues to be the worst thing to happen to pop culture since Scrappy Doo was added to Scooby Doo. It’s a strange omission overall, to see one of the most hated characters in Borderlands missing out on a narrative chance to redeem herself in the proper story.

But seeing Maya given a proper send-off in the main game instead of having to wait for Krieg’s DLC to provide a touching sense of closure for one of the more beloved members of the Sanctuary crew? That’s a funeral scene where I have no trouble pressing X to pay my respects.

If you purchase the Borderlands 3 Director’s Cut DLC you’ll get a new raid boss to get obliterated by, a murder mystery to solve, and some ...
News
4 weeks ago

With all hands on deck currently to fix the current mess that CDPR’s leadership pushed out, the big boss of the studio is still optimistic that ...
News
2 weeks ago

More than a decade and a half since the game first arrived, the classy folks over at Limited Run have slapped together a handsomely-designed drop pod ...
News
3 weeks ago
Next Article