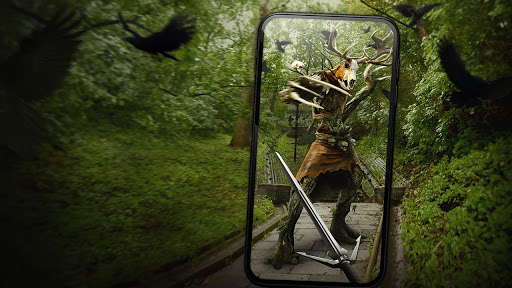 The Witcher: Monster Slayer sees you embodying a witcher and wandering around the neighbourhood,
Image: Supplied

The Witcher: Monster Slayer is getting an early access soft-launch for Android users and you can finally get involved.

It’s been a little while since we last heard from the upcoming mobile game set in CD Projekt Red’s Witcher universe, but it looks like an official release of The Witcher: Monster Slayer can’t be far away if they’re opening up for global early access (it’s already available to players in Australia, New Zealand, Singapore, the Philippines, and Russia). In fact, it’s due to soft-launch some time around June/July.

This summer, your hunt begins in The Witcher: Monster Slayer!

We’re opening up registration for an early-access soft launch phase of the game on the Google Play Store.

The Witcher: Monster Slayer sees you embodying a witcher and wandering around the neighbourhood, having AR battles with whatever beasties you come across, for fun and profit. It’s a bit like Pokémon GO, but you’re killing the monsters instead of imprisoning them and forcing them into combat like some sort of maniac.

Want to get involved? Register for early access and you may be selected as a Monster Slayer guinea pig before the soft-launch on Google Play. You just need to enter your Google account email and identify which Android phone you have.

The game will be available to iOS users when it launches officially, for devices running iOS 12 or higher.

When Sony announced that it would be pulling the plug on its PS3, PSP, and PS Vita digital stores, folks weren’t happy.
News
1 week ago

It’s no secret that Ava is seen as an aggravating and terrible character in Borderlands.
News
5 days ago

Win a copy of Doom 3 VR Edition on PlayStation!

Doom 3 was scary in 2004, its legacy was cemented in a spiffy remaster a couple of years later, and chances are that it’ll be even more capable of ...
News
4 weeks ago
Next Article