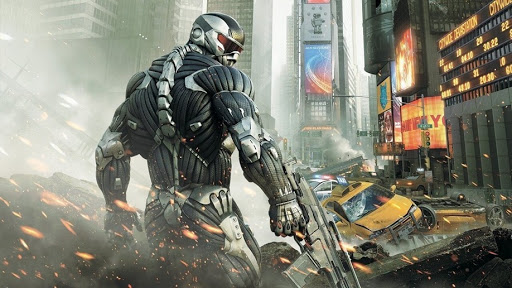 Crysis 2 is a first-person shooter video game developed by Crytek, published by Electronic Arts and released in North America, Australia and Europe in March 2011 for Microsoft Windows, PlayStation 3, and Xbox 360.
Image: Supplied

Strange to think that Crysis 2 is coming up on its tenth birthday, right? I’m not here to make you feel old, all I’m saying is that the passage of time is cruel and unforgiving but on the other hand it appears as though we may have some cause to forget our woes. Crytek has spent most of the weekend teasing a remaster of Crysis 2, the best game in the franchise according to many folks, and if that news isn’t enough to rustle your jimmies then you need to take a good long look at your jimmies and figure out what exactly is wrong with them.

On 20 May, the official Crysis Twitter account posted a single tweet that simple read, “They used to call me Prophet.” This was enough to cause some commotion among the fan base as Prophet was the codename of Major Laurence Barnesa, a prominent character in Crysis 2. This tweet was followed up with the wide-eye emoji, just to add fuel to the fire. The very next day, on 21 May, the Twitter account posted again but this time it was a rather pretty screenshot of Crysis 2 followed by another wide-eye emoji. Coincidence? I think not.

That’s all we have to go on right now but again, considering it’s the tenth anniversary of Crysis 2 this year, some kind of remaster could be Crytek’s way of celebrating the game’s legacy. If you’re interested in checking out the series, you should probably look into Crysis Remastered. A complete visual refresh of the original game, the mechanics still hold up while maintaining its gorgeous visual standard. Crysis Remastered is now available on PS4, PC, Xbox One and Nintendo Switch.

Crysis Remastered has re-emerged - the Ascension level has been restored, DLSS has been added and numerous fixes have been made. There are clear improvements here but it's still not quite everything it should be. Alex Battaglia - of course - reports.

If you’ve been wanting to revisit The Last of Us Part II on that there shiny new PS5 that you recently acquired, good news! The game has received a ...
News
3 weeks ago

Hit that subscribe button, Twitch is getting local subscription pricing

Twitch has finally realised that the US dollar isn’t everything and is rolling out Local Subscription Pricing around the world. Yes, including South ...
News
3 weeks ago

Returnal’s most brutal boss is its lack of a save system, as switching the game off results in a complete restart of its cycle.
News
3 weeks ago