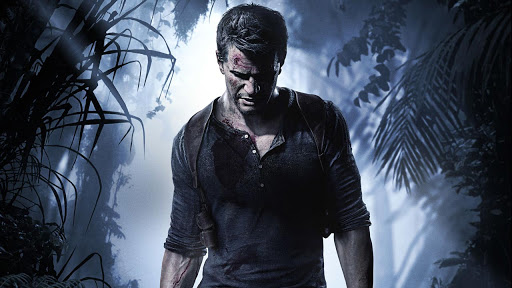 Uncharted 4: A Thief's End is a 2016 action-adventure game developed by Naughty Dog and published by Sony Computer Entertainment.
Image: Supplied

Seems Sony is so excited to be bringing Uncharted 4: A Thief’s End to PC that they leaked it in an investor relations slide show before an official announcement could be made.

Sony recently released a presentation detailing their gaming segment progress over the past financial year and plans for the future, including the Uncharted 4 logo on slide 26, under the heading “More PC releases planned”. It’s subtle, but we’re just going to go ahead and assume that means Uncharted 4 is coming to PC. Days Gone is also mentioned under the same heading and it launched for PC last week, so Uncharted 4 probably isn’t even that far away.

Originally released in 2016 as a PlayStation exclusive, Uncharted 4 is an action-adventure game that takes place a number of years after the events of Uncharted 3. You play as retired treasure hunter Nathan Drake, coaxed back to thievery by his brother, who is meant to be dead (shock). Gameplay involves shooting things, solving puzzles, and sneaking about while searching for clues to find a long-lost treasure.

Sony will almost certainly include an official announcement of the PC version during today’s State of Play stream, which will also feature the debut gameplay reveal for upcoming Horizon Forbidden West. The State of Play broadcast begins at 18:00 SAST tonight, 27 May.

For anyone wondering, that Uncharted prequel movie, starring Tom Holland and Mark Wahlberg is still happening. And it’s definitely coming out on 18 February 2022, for real this time.

Quite possibly the biggest and most important game for the PS5, Ratchet & Clank’s latest adventure looks to be shaping up nicely so far.
News
8 months ago

What makes Biomutant so special, so wonderful even, I think, is its non-linear design and unpredictable diversions.
News
8 months ago

Erica Review – Interactive movies come into their own

You can still tell a good interactive film from a poor one, though, and mystery-thriller Erica belongs unquestionably in the former category as one ...
News
8 months ago

A complete visual refresh of the original game, the mechanics still hold up while maintaining its gorgeous visual standard. Crysis Remastered is now ...
News
8 months ago