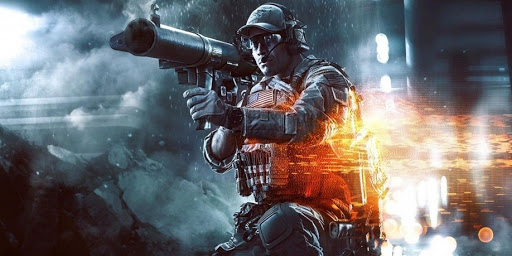 Battlefield 6 is set to be the next game in the war-based multiplayer franchise and the first Battlefield game to make a proper next-generation debut on the PS5 and Xbox Series X.
Image: Supplied

Battlefield 6, the game that’s had it’s trailer leaked so many times you’d think Tom Holland was running the development team, will be officially unveiled next week. The official Battlefield Twitter account tweeted out a short teaser video that only really showed a distorted view of the game’s logo as well as some notes of the franchises’ iconic music. It appears that the next entry in the franchise is just called “Battlefield” although it’s possible that the official subtitle will only be revealed at a later date. Alongside the logo, the date and times for the reveal event were confirmed: June 9, 7AM PDT/4PM CEST.

Despite the various leaks, we still don’t know much about DICE’s upcoming Battlefield game. Many of the images discovered online point to a modern military shooter but since none of those images have been verified just yet, this information is still nebulous. We do know that DICE has formed its largest work force yet to tackle the upcoming Battlefield game; not only is DICE LA developing the game, EA Gotherburg is also lending a hand. Even Criterion games have been reassigned to work on Battlefield, which means that we should hopefully see some of the best vehicular combat of the series yet.

While the previous entry in the franchise, Battlefield V, didn’t meet EA’s lofty expectations, it was still a pretty fun game. Back when Kervyn reviewed it he said, “Battlefield V is not the revolutionary title DICE initially started out to create, and there are also some annoying technical kinks that should have been ironed out by now. Despite these drawbacks though, Battlefield V offers some of the most rewarding, visceral WWII action in any game out there thanks to genius little tweaks to gameplay and immersion, all produced with an audio-visual technical mastery that is second to none.” One can only hope the next Battlefield channels some of that energy too.

Art is political, that’s just the simple fact of it. Video games are a form of art and therefore are also political, especially when they try and ...
News
11 months ago

First look at Horizon Forbidden West gameplay on the PS5

Sony’s latest State of Play featured almost 14 minutes of Horizon Forbidden West gameplay, captured in all its shiny glory on the PlayStation 5.
News
11 months ago

To coincide with the launch of ACGL Uni, the tournament organizer also revealed the USSA Esports Challenge for 2021, which will run over a period of ...
News
11 months ago

Ubisoft’s Far Cry series has pretty much established a formula that it has seldom deviated from over the last decade, but at the same time it has ...
News
11 months ago