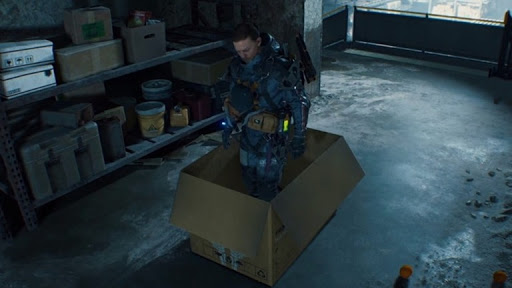 Announced during Summer Games Fest 2021, Death Stranding: Director’s Cut is the official PlayStation 5 upgrade for the weird and wonderful action-adventure game from Hideo Kojima. The trailer for the enhanced version of the game shows off Sam Porter Bridges, played by Norman Reedus of The Walking Dead, infiltrating some kind of underground bunker. The area itself is littered with heavily armed-guards patrolling up and down in a manner very reminiscent of Metal Gear Solid. The cardboard box Sam experiments with is also a reference to one of the more iconic items found in Metal Gear Solid. For those of you who don’t know, Kojima’s second most notable achievement is the entire Metal Gear Solid franchise. His most notable accomplishment is being being best friends with Geoff Keighley.

While none of the actual visual improvements were highlighted during Summer Games Fest, it’s safe to say that Death Stranding: Director’s Cut will likely incorporate ray-tracing and 60fps modes. Kojima also went on to describe the future projects currently in development at Kojima Productions, explaining that the COVID-19 pandemic has had a severe impact on the studio. “It won’t be like the past, it won’t be one step at a time. It’s a drastic change, just like after 9/11,” said Kojima.

Back in 2019, Alessandro reviewed Death Stranding on PS4 and said, “Death Stranding starts off at a poor pace but eventually blossoms into a captivating tale with intriguing themes, solidified by compelling performances and an eventually satisfying pace to its gameplay. Not all of its systems mesh comfortably, but there’s enough here to drive you towards the eventual poignant conclusion.” Death Stranding also released on PC in 2020; it’s currently unknown whether the Director’s Cut version will make the same jump.

Hello Games has warped its new free Prisms content update into galactic orbit, including a total visual revamp of the game and the debut of new ...
News
11 months ago

IEM Summer 2021: How to watch, teams, schedule and format

We are talking about IEM Summer 2021, where 16 teams from across the globe will compete for their share of the $250,000 prize pool.
News
11 months ago

Battlefield 6, the game that’s had it’s trailer leaked so many times you’d think Tom Holland was running the development team, will be officially ...
News
11 months ago

Art is political, that’s just the simple fact of it. Video games are a form of art and therefore are also political, especially when they try and ...
News
11 months ago