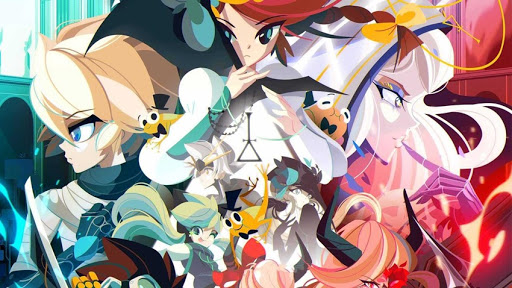 This is my final post on Critical Hit – that I know of at least! – and to end a ten-year journey on the site I wanted to write some news about a game that reminds me why I love this industry. I wanted to look at a game that is being made by passionate developers, that oozes love and style out of every pixel. Cris Tales, feels like the right game to write about and then ride off into the sunset.

So let’s have a look at it then! Here’s the opening cinematic trailer, which sets the tone for the upcoming RPG beautifully.

Crisbell’s epic journey to save the very fabric of time starts July 20th! This beautiful opening cinematic will kick off your adventure in Cris Tales. Pre-order now: cristalesgame.com

In case you’ve missed the reveal, Cris Tales is an RPG that stars you as Crisbell, a Time Mage on a mission set across the past, present, and future. Choices made in Crisbell’s journey have an impact on the timestream itself, with multiple timelines being formed in the process. That’s an ambitious angle to base a game on, with the action playing out over strategic turn-based combat.

The fact that the game also looks like a million bucks, doesn’t hurt its chances to stand out a bit more from heavy-hitters in July such as Monster Hunter Stories 2, The Legend of Zelda: Skyward Sword HD, and NEO: The World Ends with You. If you’re keen to try the game out ahead of its release, there’s a free demo that makes for a delicious first taste of what to expect.

Otherwise, not long to go until Cris Tales arrives on July 20 for PC, PS4, PS5, Xbox One, and Xbox Series X|S. And on that beautiful and artistic note, I’m signing out of Critical Hit for the last time. See you all on the YouTubes and GameSpot, friends!

This article is brought to you by Critical Hit

The new gameplay trailer for Sea of Thieves Season 3: A Pirate’s Life highlights more what players will be doing, as the iconic Captain Jack Sparrow ...
News
10 months ago

More than six months since scrubbing the game from its online shop, Sony has decided to reinstate Cyberpunk 2077 on the PlayStation Store but ...
News
10 months ago

Goliath Gaming's Julio "Beast" Bianchi has managed to qualify for the FIFAe World Cup 2021 scheduled to take place in London from 6 to 8 August 2021!
News
10 months ago

Debuted with a teaser trailer at Xbox and Bethesda’s co-op E3 show this weekend, this sci-fi RPG is probably one of 2022’s most-hyped games. But what ...
News
11 months ago