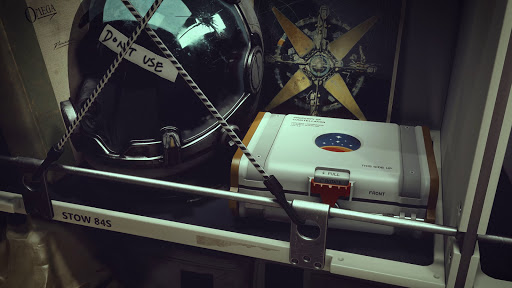 Starfield, the new game from Fallout and Elder Scrolls studio Bethesda, has finally had a full reveal at the Xbox E3 2021 showcase.
Image: Supplied

Debuted at E3 during Xbox and Bethesda’s co-op event, the “Skyrim in space” sci-fi RPG is also the studio’s first game developed with its proprietary next-gen Creation Engine 2. And, according to Starfield artist Keith Beltrami, the first trailer too.

Starfield is the first new universe in 25 years from Bethesda Game Studios, the award-winning creators of The Elder Scrolls V: Skyrim and Fallout 4.

“Using our own Creation Engine 2, we created this entirely in-game without any cinematic tools,” he explains on ArtStation. “Working closely with director, Istvan Pely, I assisted in art direction for anything lighting and mood related.”

Starfield has been in development for about four years now, but was obviously designed for next-gen PC and console hardware. In comparison with 2018’s Fallout 76, for example, which uses an updated version of Bethesda’s original Creation Engine, the game shows enormous graphics improvements. I think for most fans of Bethesda games, it’s not even recognisable as, you know, a Bethesda game.

Every other Bethesda game ever.

Starfield launches on PC and Xbox consoles, including Xbox Game Pass, on 22 November 2022.

A game that is being made by passionate developers, that oozes love and style out of every pixel. Cris Tales, feels like the right game to write ...
News
3 months ago

The new gameplay trailer for Sea of Thieves Season 3: A Pirate’s Life highlights more what players will be doing, as the iconic Captain Jack Sparrow ...
News
3 months ago

More than six months since scrubbing the game from its online shop, Sony has decided to reinstate Cyberpunk 2077 on the PlayStation Store but ...
News
3 months ago

EA has debuted its next Battlefield game, featuring wingsuits, weather hazards, and 128-player mega-maps – but, for the first time since 2009’s ...
News
3 months ago