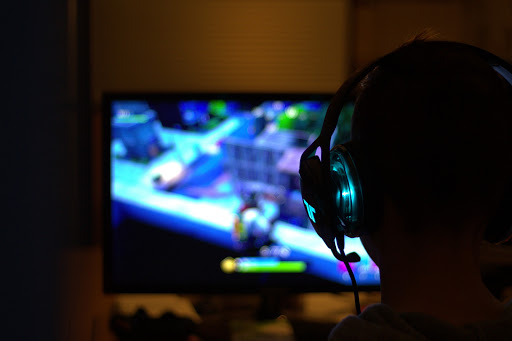 There are millions of online games available on the net, but not all of them are able to keep you hooked.

Below is our list of the 5 most addictive online games that will keep you entertained for hours on end.

World of Warcraft (WoW) is one of the most addictive online games, which has been entertaining gamers for more than a decade. Before WoW, MMO games had quite an intimidating gameplay formula. Blizzard Entertainment completely transformed this formula by releasing a game like WoW which became accessible to the masses.

Today, millions of people play this game for its amazing characters and legends, and it has built up a worldwide following. Its latest expansion Shadowlands has been quite a hit since it was launched.

Final Fantasy is another MMO role-playing game that was released by Square Enix in 2010. It gets frequent updates that make the gaming experience better for both old and new players alike, which makes it quite addictive. The game has engaging content, some quirky quests, live stream updates, and community fan events that make it one of the best games to get stuck into.

Final Fantasy XIV has well-developed and rich gameplay systems. It has plenty of optional content and a great story line to keep gamers of all ages captivated and fully engaged.

Overwatch is a hero-based shooter game that was published by Blizzard Entertainment in 2016. In this game, players are divided into two teams of six members. Each team strives to reduce the length of the health bar of the opponent team.

It provides a pool of 32 unique characters or heroes. You can choose any of them based on your likes and preferences. Each hero has its different characteristics and uses unique tricks. Its graphics are also aesthetically beautiful. One of my own personal favorites!

Bubble Shooter is a simple, yet addictive online game. The site has a great collection of free bubble games in which bubbles of different colors and shapes appear on screen, and you have to use the cannon to shoot bubbles of the same color. The goal is to make all the bubbles coming from above disappear before they reach the bottom.

All the Bubble Shooter games can be used on different platforms, and we’ve found that minutes turn into hours while playing this addicting game!

Candy Crush is a free puzzle game that was released by King. It provides a huge collection of puzzles and has many levels. It is an easy game to get the hang of, but takes a lifetime to master. Many people find that they can play it for hours without even realizing it!

What games are you addicted to?

Six weeks of gameplay have now concluded in the Umzansi Esports League, with tons of action over the course of the weeks five and six that has ...
News
3 weeks ago

Microsoft appears to be taking a different approach with the way the company will be handling its Windows store as it will let developers keep 100% ...
News
3 weeks ago

There's a Fortnite tournament for local gamers with a total prize pool of R50,000 coming your way in July, from Incredible Connection, in partnership ...
News
3 weeks ago

Goliath Gaming's Julio "Beast" Bianchi has managed to qualify for the FIFAe World Cup 2021 scheduled to take place in London from 6 to 8 August 2021!
News
1 month ago