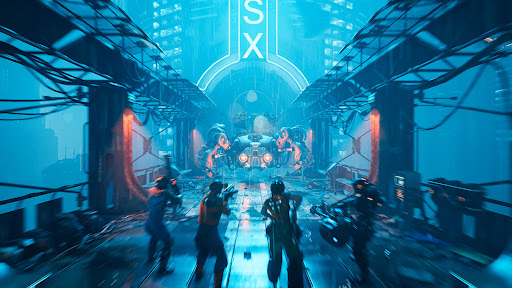 Let me start this review by saying that my patience with things not working over the last few years, games, in particular, have seriously weened. Before lockdown, I remember how I’d tirelessly sit and try to fix every bug that came my way.  Now, if a game has the audacity to crash on me more than once, I’m done with it. I don’t have the will to power through these issues anymore, but that was before The Ascent.

The Ascent is most accurately described as being a hot mess. When things go right, it’s one of my top games of the year, but when you fall out of favour with the gods and things decide to bug out on you, they really, really, bug out on you – and yet I find myself still coming back day after day hoping and wishing everything in The Ascent would just work so that I could spend more time in its frankly beautiful world.

Ever since the hype machine and inevitable disappointment that was Cyberpunk 2077, I’ve been in the mood for a game that would give me that Cyberpunk look and feel, and that’s precisely what The Ascent did. The world is just the right amount of dirty and grungy to make the futuristic elements and the neon pop, and thanks to the game’s NPC’s, every area feels full and alive. The Ascent boasts an expansive world that perfectly captures the dystopian version of the future I was looking for in Cyberpunk 2077 but didn’t get.

Indents, get ready to rise up and fight for the survival of your district in The Ascent, available now for PC, Xbox Series X/S, and Xbox One. Check out the launch trailer.

The story isn’t exactly The Ascent’s strong point. The game feels rather meh and unmemorable, which is a pity considering how well all the characters are designed – of note also is the strong voice acting. While the story didn’t seem to get much love, the world definitely did.

The basic gist of the story is that you find yourself in a futuristic/dystopian world called Veles. You play as someone working for (read enslaved by) the Ascent Group. The Ascent Group is a powerful mega-corporation that controls pretty much everything in Veles until they inevitably, yet mysteriously, end up collapsing, leaving the world in a chaotic free-for-all power struggle.

It’s your job not just to figure out what happened to the Ascent Group but also how to make everything right again while stepping up and not letting rival corporations and syndicates do even more damage to Veles as they fight to seize control.

One of the highlights of The Ascent is how great the game is to play with friends. I’m always looking for games that I can couch co-op with my partner that we’ll both enjoy, especially when lockdown has us spending so much of our time at home, and The Ascent is definitely one of the most fun games we’ve played together in a long, long time.

There’s a level of detail in the game that means every time both of us should appear in a cutscene, we do. If you shoot a pillar it breaks and if you run into someone, they stumble. All the loot you pick up in-game is shared, as is experience and credits but what you choose to do with it all is up to each individual. This meant that neither my partner nor I ever felt like we were missing out on anything just because we didn’t get to a chest first but that our characters, builds, skills, and kit was still vastly different from each other.

The Ascent is what you get if you take a Diablo-style action RPG and mix it with a top-down twin-stick shooter. You’ll spend your time running around the cyberpunk world, completing missions and side quests, kitting yourself out with the latest and greatest in cybernetic augmentations and weapons and then using those to kill everything and anything in your way. Don’t go into The Ascent thinking you’re just going to run through the enemies either; it’s actually a rather challenging game, even with friends. Ducking, using cover and dodge-rolling while using your cybernetics is all crucial to staying alive and spending credits to upgrade your weapons and clothes. 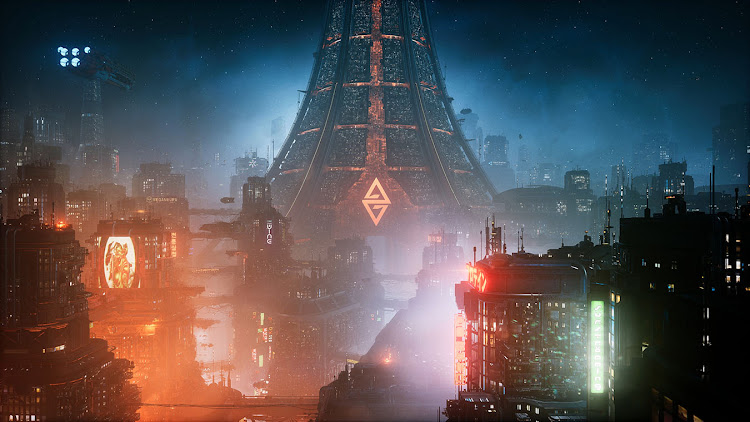 The Ascent is what you get if you take a Diablo-style action RPG and mix it with a top-down twin-stick shooter.
Image: Supplied

The Ascent really has a lot of potential, and while I’m playing it, I keep thinking of it as a “game of the year” game, but as of right now, in its current state, I don’t consider it worth playing. The issues range from chat boxes being cut off on screen, not being able to use menu buttons, elevators not working properly, crashes, and not being able to complete missions.

Note: My review is based on only 10.5 hours out of roughly 15-20 hours of gameplay. I tried to complete the entire game co-op, but as of writing this review, it is 10 days post-launch. In the last few days alone, I’ve had to restart the entire game twice because my saved files just disappeared, and the game refused to read Steams backup files… It’s very disheartening to want to play a game, regardless of its issues, but then have all your progress wiped and have to restart from scratch not once but twice.

While The Ascent is undoubtedly a hot mess right now, its greatness still manages to shine through like a neon light, and I'd definitely recommend playing it once the issues have been patched out. We will revise our score to 85 if the developers are able to patch the bugs and make the game playable.

CONS
So many bugs/crashes/glitches
The story feels underwhelming

Inspired by classic top-down action games, Glitchpunk lets you brawl, shoot and drive your way through a dystopian future.
News
2 months ago

Michael James is the man behind the hugely popular Rage gaming expo - we talk to him about it all and what's next.
News
2 months ago

From learning FIFA on a friend’s console to winning his first tournament at only 16: The story of Yvng Savage
News
2 months ago