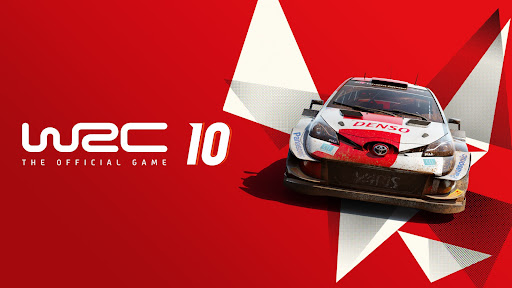 WRC 10 includes a choice of 2021 Special Stages and, in celebration of the 50th anniversary of the FIA World Rally Championship (next year).
Image: Supplied

Racing, in all forms, has, for many years, provided an endless source of fun for me, so when WRC 10 FIA World Rally Championship for Xbox Series X arrived, I was, #happyspace.

The thing about racing though, is it must be enjoyed on a racing rig. Period. The d-pad is in the rear-view mirror, see ya…So, how does WRC 10 stack up against the rest of the available titles? Strap in baby, let’s go go go!

WRC 10 is, graphically beautiful, immersive, and simply put, a fun rally game that feels good throughout and should be relatively easy for most first time WRC racers to get up to speed quickly. I say “should be,” because it depends on your simulator setup or lack thereof.

WRC 10 makes no bones about the fact that Fanatec is the official wheel partner as you watch the loading Fanatec icon spin round and round and… well round. I tested WRC 10 using the Logitech G923 trueforce and although the wheel is perfect for other racing titles, it felt off, and not enough, in WRC and that is not okay. 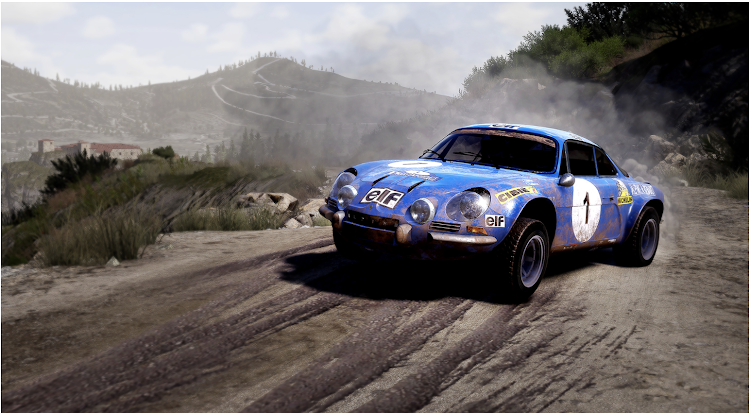 It isn’t a Logitech fault, it’s the decision of the developer to stick with Fanatec, and this is where I have a problem. It isn’t dissimilar from developers deciding to stick with a particular GPU manufacturer and thus deprive gamers that don’t have that prescribed setup, from enjoying the full extent of the game. Not cool, right? That said, the default setup worked fine for all-wheel drive options, however, the anniversary rear-wheel-drive cars would have me go through a corner experiencing understeer and suddenly snap into oversteer.

I restarted the game by doing the unthinkable. Scratched around in the back seat of my simulator, grabbed my dusty Xbox controller and, d-padded the 1984 Rallye Monte-Carlo in my Ferrari powered V6 Lancia Stratos. This, as a matter of interest, was the first car ever designed and produced specifically for rally.I’m crying.I suck.Rage quit.

One (good?) thing that came out of that epic test of all d-pad tests, I need to buy the handbrake addition for my simulator. Money poured into the simulator drain, is money well spent.Don’t tell my wife I said that.

WRC 10 includes a choice of 2021 Special Stages and, in celebration of the 50th anniversary of the FIA World Rally Championship (next year), an Anniversary category where you can race WRC, WRC2, WRC3, Junior WRC, Legend cars and even try non-championship cars, such as the GR Toyota Yaris Concept and Porsche 911 GTR RS R-GT. Nostalgic racers will love the Audi Quattro Sport, as this was the first all-wheel-drive car to enter into, and win a WRC title, and, as a matter of interest, forced all other vehicle manufacturers to divert their efforts toward all-wheel-drive development.

In career mode, you will need to manage all aspects of owning a racing team, such as hitting short and medium objectives, and working on R&D, all whilst keeping your reputation in the positive with your manufacturer partner. Know that, hiring and firing staff, and the type of staff you chose, will directly impact the team and thus your ability to perform at the next calendar event. So, if your team is not optimal, it will impact the repair speed or may even determine whether the repair is possible or not. You will also need to keep track of your staff’s stress levels.

Rest periods must be added into your calendar, so too crew training days and building your reputation with a specific team, if you want to enjoy a successful WRC 10 career.

Be sure to add in a couple of training days, where your skills will be thoroughly tested in extreme conditions whilst limping along in a severely damaged car.

All activities you pencil in, cost money, and completing them successfully will earn you an income.

Refreshingly, the game limits the number of redoes to complete race objectives, so you won’t be able to keep hitting the restart button after each crash, at some point, you will have to swipe right and take the loss.

For racers who currently enjoy WRC 9, you will see minor additions, and not the major jump we had from WRC 8 to 9. That said, the game “feels” awesome, is better due to the inclusion of anniversary mode and we love it. Our hope is that Colin McRae’s epic Subaru Impreza, will not only be for the elite guys who pre ordered the game. We want it too, damnit…

WRC 10, overall, is a great game, especially for those fortunate enough to have a simulator that includes a handbrake. Without it, you will struggle to be listed on the top of the timesheets, unless your name is Colin or Chuck. Yeah, I know Chuck hasn't yet raced and won all WRC events, but if he did, this would be a CNC 10 review.

CONS
Will need to spend more cash on my simulator rig

Here's what you need to know about this exciting tournament series.
News
3 months ago

DeathLoop is the exception to that rule until you realise that firepower and accuracy are the least demanding parts of the experience.
News
1 month ago

VS Gaming Finals highlights and results

The VS Gaming finals came to its conclusion this past weekend.
News
1 month ago

I also hung out in the Age of Darkness Discord, to see how interested the devs were in the community’s feedback and overall, it seems positive.
News
1 month ago

Life Is Strange has held a special part in my love for gaming ever since the first title came out.
News
1 month ago