No Place Like Home – a terrible way to pass the time 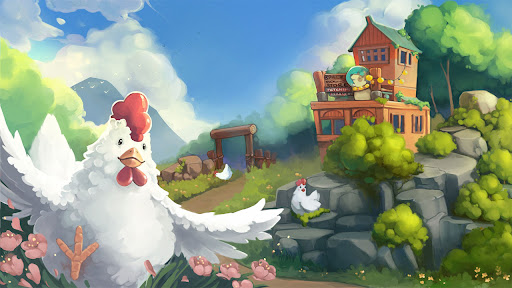 Your time in No Place Like Home will be spent cleaning, crafting with the resources gathered from cleaning and rebuilding your farm.
Image: Supplied

While the early access version has been live since 2020 it’s still important to remember that things may change. I don’t believe that they will, but they might.

It’s not often that I play something so completely and utterly bad that I wish I could go back in time and stop myself before I start playing it. No Place Like Home is one of those games. Years ago, I used to work as a judge for a lot of talent competitions. There was an unspoken rule that you would always start your critique by mentioning something positive before getting into everything else. So here goes: No Place Like Home sure is pretty to look at. Now let’s talk. No Place Like Home must be one of the single buggiest games I’ve played, and that’s saying something because I started, and finished, Cyberpunk 2077 BEFORE any of the “updates”.

The premise behind the game is simple: Humanity has completely trashed planet Earth and then just packed up, cut their losses and left to go destroy Mars. However, some chose to stay behind to clean and restore the planet, and you play as one of those people. Your time in-game will be spent cleaning, crafting with the resources gathered from cleaning and rebuilding your farm. Along the way, you’ll also befriend and domesticate various animals and find seeds to help cultivate the farm of your dreams.

Now I’m going to be honest, just going on the premise, this game was made for me. The amount of hours I have spent playing Stardew Valley is honestly shameful. However, No Place Like Home is nothing like Stardew Valley in the absolute worst ways. To start with, there is a day/night cycle, but to what end is anyone’s guess. Unlike in Stardew, your character doesn’t have an energy bar, and also unlike Stardew, there are no consequences for “staying up late”. Instead, your character continues with whatever task they were busy with, blissfully unaware of the days passing around them.

There is no weather system, no seasons, and the NPCs never move or do anything other than stand completely still in the same spot forever. There is also no real variety to anything you pick up in the world; I had over 8000 pieces of trash on me at a stage. However, the game does have some of the most infuriating bad enemy AI’s in recent memory with clunky controls to match. Littered throughout the game are these robot-like creatures that seemed to hate me as much as I hated my time in the game. These robots can see and attack you through any objects that might be in their way, a power you very much do not share. Meaning you will be running around, picking up trash like a good little trash panda and then next thing you know, you are being killed by a robot you can neither see nor attack and don’t even think of running away; distance is no question for these sharpshooting lumps of steal.

At the end of the day, other than graphically and conceptually, the game isn’t strong and doesn’t have that special “thing” that captures your attention and makes you want to pass time in its world. Now how do I join up with the people who fled to Mars?

BOTTOM LINE
No Place Like Home is definitely a game; there is no denying that. But one thing it's not, is fun. If you're in the mood for a farming style game, there are countless on the market that look just as pretty but will offer you more in terms of gameplay and enjoyment. While there may be no place like home, there is no place in my home for this game.

PROS
It's pretty to look at?
It has an okay premise?

Road 96 is a choice-based procedurally generated game set in the 90s. Yet, there is something very familiar, relevant and strikingly “trump-like” ...
News
3 months ago

Unlike many other games in the genre, In Sound Mind isn't just about staying alive but rather about overcoming your fears before they can consume you.
News
3 months ago