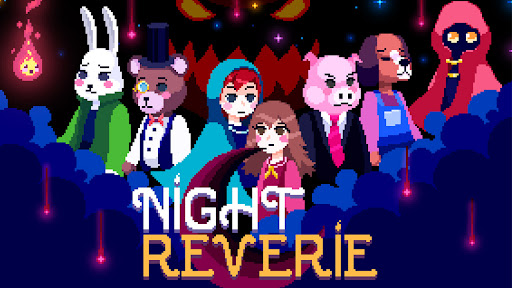 Night Reverie is a Puzzle/Adventure game in which a child must solve the mystery behind the distortion of his house.
Image: Supplied

In a time where originality is so hard to find in games, Indies are more important than ever. When I think back on my time spent gaming, the games I remember with so much fondly from my childhood weren’t the prettiest or the most polished or even the ones with the longest playtimes. No, they were the games that had something to say and made no apologies about doing so. While a lot of AAA titles today do have great stories, more often than not, there is so much to distract from it that it becomes secondary to the rest of the game.

With Night Reverie, it’s almost impossible to see where the gameplay ends and the story begins. Because even though, at its core, Night Reverie is an adventure game, it is also first and foremost a story. Here is usually the part of the review where I tell you a bit about that story so you know what you can expect from the game, but I’m not planning to say anything this time because if I had to give you just one reason to play Night Reverie, regardless of if this is the type of game you usually gravitate towards or not, it’s the story. While I love a good plot twist and usually pride myself in being able to spot them coming from a mile away, the one in Night Reverie floored me and made me think back on my time in the game with a completely new light and understanding. When it comes to Indie games like Night Reverie, much of my enjoyment comes from the relaxation games like this afford me. While I enjoy League of Legends or Souls-like games as much as the next person, there is something vitally important about playing a game that exists purely to deliver you a story and take your mind off of any stress. Night Reverie was that game.

I played through Night Reverie during one of the busiest weeks, yet I found myself so captivated by it that I never felt anxious, rushed or like I should be working instead. The music playing through my headphones was never prominent enough to steal focus away from the game, but it was consistent enough to keep me listening, and the pixel art was just the cherry on an otherwise perfect game sundae.

While playing, I did have a thought that the game could be improved by more strongly asserting who it was aimed at; as I did have the occasional moment where I wondered if I was enjoying a game for a much younger audience. Although, at the same time, regardless of the childlike art and the simplicity of the puzzles, I knew that wasn’t the case. And now, in retrospect, sitting back and thinking through my entire experience playing Night Reverie, I can’t honestly tell you one thing about the game that I would change.

Everything about Night Reverie is the way it is for a reason and it lent towards one of the most emotionally climactic endings of games today. 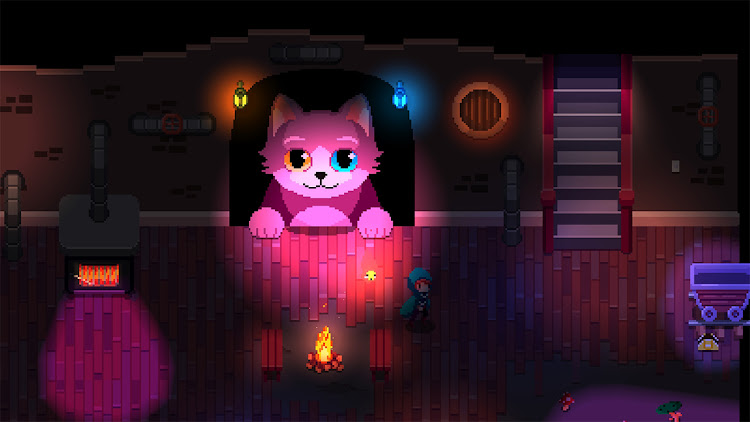 With Night Reverie, it’s almost impossible to see where the gameplay ends and the story begins. Because even though, at its core, Night Reverie is an adventure game, it is also first and foremost a story.
Image: Supplied
BOTTOM LINE
Night Reverie pulled me in with its gorgeous pixel art, kept me playing with its entertaining yet straightforward puzzles and floored me with its emotionally charged story. If you're looking for an Indie game that won't take you weeks to finish but will stay with you for months to come, then definitely consider Night Reverie.

PROS
Instead of relying on "moon logic", the answer to every puzzle can be figured out logically and with the clues at hand
It's gorgeous to look at, and the character's personalities all shine through the pixel art
It's not a game that relies on your frustration to progress

CONS
It is very dialog heavy and the dialog is vital to the story so be warned
The game is on the shorter side, and while I enjoyed every single hour, I wish there were more
The simple puzzles might lead you to believe it's a game aimed at a younger audience when it isn't
80

Game Review | Gran Turismo 7 – another you, so I could love you more

Gran Turismo 7 is everything I’ve ever enjoyed form the GT series, but better.
News
2 months ago

Road 96 is a choice-based procedurally generated game set in the 90s. Yet, there is something very familiar, relevant and strikingly “trump-like” ...
News
3 months ago