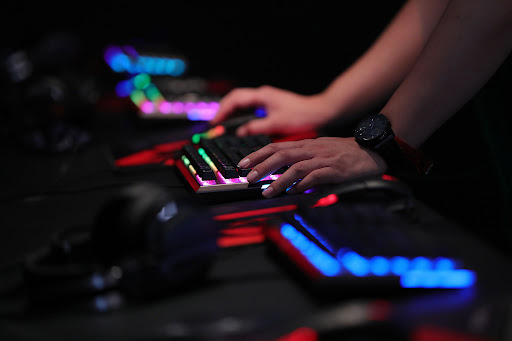 Yet his company is one of the leading players in the $135 billion video game payments industry, in which gamers spend real money to acquire virtual items.

Xsolla, which Agapitov founded in 2005, allows video game producers to sell in-game digital items -- such as “skins” that change a character’s appearance or virtual pets -- in exchange for about a 5% cut of the sales. Its clients include some of the hottest companies in the industry, including Epic Games, Valve and Roblox Corp., whose platform is a hit with children. He owns 100% of the company, which brought in nearly $100 million last year.

Two investment banks estimated last year that Xsolla could seek a valuation of as much as $3 billion if it were to go public, according to documents seen by Bloomberg.

Even so, he’s in no rush to do so. Agapitov, 38, who was born in Russia and moved to Los Angeles at age 25, said he enjoys the freedom that comes with not having to answer to shareholders. His goal is to return the company to 40% annual sales growth, up from 25% now.

“I just like to help game developers make more money,” he said in an interview. “Wonderful innovations come from video games.”

“There’s a desire to monetize beyond that initial purchase price,” especially for free-to-play games, said Julianne Harty, a gaming analyst at Newzoo.

In February, Agapitov launched a metaverse-based project called X.LA. It seeks to do for those who build things in the metaverse what Xsolla does for video game developers: give them a monetary incentive to create.

The work requires hardwiring the codes and blockchain technology that underpin the metaverse, and Agaptiov brought a team of Xsolla employees with him to do it. If successful, a person who develops a part of the metaverse could get a “reward” in the form of virtual currency whenever other users visit that location.

“As in any other industry, it’s about how to get funded, how you get paid, how to find new customers, and how to engage with your customers,” Agapitov said.

Agapitov grew up in the city of Perm, about 700 miles (1,127 kilometers) east of Moscow. He studied math and computer science at a local university, but dropped out to spend more time with his girlfriend and to make money doing odd jobs. Around the same time, he combined his interest in early online payment systems with his love of video games. The result was Xsolla, which he moved to California in 2009 after attracting the interest of some big clients.

Xsolla has over 700 ways gamers can make in-game purchases, from using Visa and PayPal to regional options such as China’s WeChat Pay and India’s Paytm.

“What I’m trying to do is like Shopify for video games,” he said.

The Last Campfire is like a light in the darkness

First and foremost, The Last Campfire is a puzzle game. There is absolutely no combat throughout, and all of your progress is made by exploring and ...
News
1 month ago