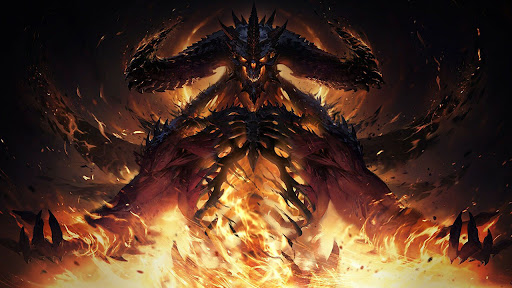 Back in 2018, just a couple of years before the world would fall into absolute chaos, Blizzard unveiled their first major free-to-play mobile game, Diablo Immortal – and man, oh man, did the world collectively hate it. Looking back at the online reactions now, it’s clear that fans of the franchise didn’t hate the reveal because of the game itself but rather because of Blizzard’s move to mobile. Because after Blizzard came forward, assuring fans that they wouldn’t be abandoning any of their traditional games, the uproar quickly died down, and an excited buzz surrounding the game started to pick up.

Ever since the world decided to give Diablo Immortal a chance and the game entered the beta stage, the general rhetoric surrounding the game became primarily positive, and when Blizzard announced the game would also be coming to PC and would support cross-play between mobile and PC, almost everyone who had previously harboured concerns was sold.

Enter the world of Diablo Immortal, a new entry in the Diablo universe. Taking place between the events of Diablo II: Lord of Destruction and Diablo III, t

However, as the launch approached, not everyone was left smiling as it was announced that the game would not be released in Belgium or The Netherlands due to the included loot boxes contravening the countries’ gambling restrictions. This comes after a 2018 investigation by the Belgian Gaming Commission, which concluded that loot boxes sold for real-world money constituted as gambling, thus the ban of Diablo Immortal.

One point of irritation is the game’s approach to a shared “open world”. After the first few story missions, the game suddenly becomes open. Whether you’re exploring or just taking in the sights, you’ll find yourself surrounded by multiple other players, totally not adhering to social distancing and instead actively trying to snatch your hard-earned loot out from under your very nose.

Players looking to download the mobile game today should also just be prepared. Make sure you’ve cleaned your mobile device out, deleted all those screenshots and forwarded images from your mother, as you can expect Diablo Immortal to take up at least 7GB of precious space.

Diablo Immortal is currently available for download via the App Store, Google Play and can be pre-loaded on Battle.net.

Have you downloaded and played Diablo Immortal yet? Let us know your feelings on the game in the comments below.

In this episode, we chat to Michael James about rAge 2022, and we get an exclusive hands-on preview of cloud gaming on a smartphone.
News
1 month ago

The official worldwide reveal for Call of Duty: Modern Warfare 2, should include a more extended trailer and hopefully even showcase some in-game ...
News
2 months ago

TNG: What surprise Nintendo announcement would you be most excited for?

There has been speculation for several weeks that Nintendo would hold a Direct in the latter half of June.
News
1 month ago

“What I’m trying to do is like Shopify for video games,” says Xsolla founder.
News
3 months ago