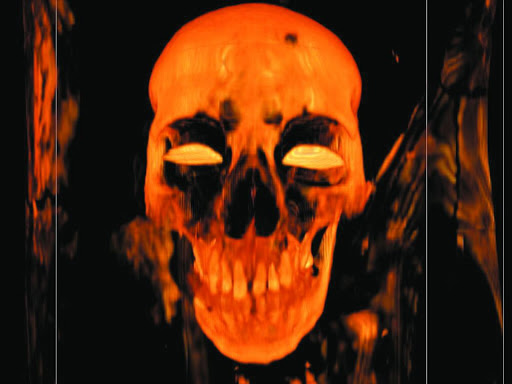 On Friday, Germany will return the first 20 of an estimated 300 skulls of indigenous Namibians butchered a century ago during an anti-colonial uprising in what was then called South West Africa.

Incensed by German settlers stealing their land, cattle and women, the Herero people launched an uprising in January 1904 with warriors massacring 123 German civilians over several days. The Namas joined the uprising in 1905.

Rounded up in prison camps, captured Namas and Hereros died from malnutrition and severe weather. Dozens were beheaded after their death, their skulls sent to German scientists in Berlin for experiments.

Over time, the skulls were forgotten -- until three years ago when a German journalist uncovered them at the Medical History Museum of the Charite hospital in Berlin, and at Freiburg University.

So far, 47 skulls were found at the Charite in Berlin and about a dozen more at Freiburg University.

The publicity around their discovery prompted Herero and Nama leaders to ask the Namibian government to seek their return.

After three years of talks, Namibia on Sunday sent a delegation to receive the first 20 of the skulls.

"Our journey to Germany to repatriate our ancestors is a divine mission," said Lutheran Bishop Zephaniah Kameeta, who is in Germany for the handover.

"They were forcefully removed in an undignified way," he said during the sermon at the church service.

The team will return to Namibia on October 4, with a memorial planned in Windhoek the following day to welcome the 11 Nama and nine Herero skulls.

In the meantime, Herero speakers have lit holy fires around the country and organised events leading up to the return date.

Namibia's former ambassador to Germany, Peter Katjavivi, said the "repatriation of the skulls is an essential component of regaining our past, and consequentially our dignity."

"I was raised by my grandmother's sister. She was left for dead (when a child) after a battle during the 1904-08 uprising, but she was alive and became a formidable woman who died in the early '70s," Katjavivi told AFP.

For Festus Muundjua, a respected Herero historian, the skulls' return is "part of the decolonisation process of Namibia."

"We can only forgive and reconcile if we sit down and talk to each other, but the German side is not prepared to talk," he said, hinting at the many requests from his community for a dialogue with Germany.

Ida Hoffman, a Nama-speaker and former parliamentarian, said the return of eventually all the skulls does not close this sad chapter.

"There must be reparation as matter of justice," she said.

However, Germany has ruled out reparation and always maintained that its 600 million euros in development aid since Namibia's independence in 1990 was "for the benefit of all Namibians."

For many, the journey to Germany will have deep personal significance.

One of the Nama chiefs, David Frederick, hopes to find out if the skull of his great-grandfather, chief Cornelius Frederick is there, Hoffman said.

"Like the Nama-chief, many of us are looking for information about ancestral family members," Hoffmann told AFP.

"Imagine when you finally stand in front of the skulls and one of them is from your own family -- 100 years on!" she said.

"At the handing over, there will be traditional rituals and we will ask the ancestors to forgive us that we only come now to repatriate them."