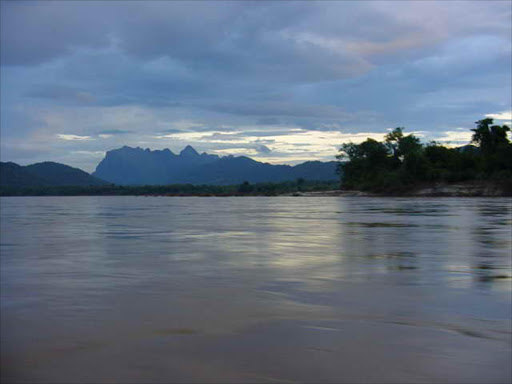 View of the Mekong before the sunset.
Image: Chmouel Boudjnah

An environmental group has accused a Swiss consulting firm of making "false claims" in a positive assessment of Laos' controversial Xayaburi dam on the Mekong River.

The report by Poeyry Energy AG claims that the planned dam would have only a limited environmental impact on downstream countries.

But the analysis "sidesteps science and relies instead on guesswork," said Ame Trandem, South-East Asia program director for International Rivers.

The report "greenwashes" the project's impact on fisheries, and was "an unsuitable basis for decision-making on the Xayaburi Dam," she said.

The consultant's report did not mention that the dam would block fish migrations, nor did it question the proposed use of untested technologies, she said.

The Lao government commissioned the three-month evaluation in May to check the dam's compliance with requirements laid down by a regional river commission.

The Mekong River Commission had asked Laos to postpone the project due to concerns about impact on fisheries and water quality downstream of the dam.

The conclusions of the report, which aim to address the concerns raised by fellow commission members Cambodia, Thailand and Vietnam, are to be discussed at a meeting December 7-9 in Siam Reap, Cambodia.

Trandem said that "It would be irresponsible of Laos and other Mekong countries to support the Xayaburi Dam based on the false claims of this report."

A previous report found that the dam would threaten 23 to 100 fish species by blocking migration routes.

According to Mekong River Commission requirements, any dam is required to include a fish passage to let 95 per cent of key species through.

"Poeyry makes no mention of the 95-per-cent requirement, and instead touts several technologies that have never been applied on the Mekong River or used successfully in any tropical river," Trandem said.

Fishery experts warned that no technology exists to effectively mitigate the impact that dams would have on the world's largest inland fishery, she said.