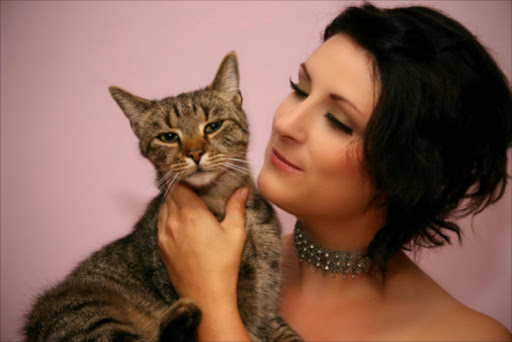 Pet owners with chronic diseases appear to have healthier hearts than people living without an animal companion, whether furry, scaly or feathery, according to a Japanese study.

In findings published in the American Journal of Cardiology, researchers who studied nearly 200 people found that those with a pet had higher heart rate variability than those who didn’t.

That means their hearts respond better to the body’s changing requirements, such as beating faster during stressful situations. Reduced heart rate variability has been linked to a higher risk of dying from heart disease.

For the study, Aiba’s team monitored 191 people with diabetes, high blood pressure or high cholesterol over 24 hours, using a heart monitor for the entire time period. Their mean age range was from roughly 60 years-old up to nearly 80.

The researchers also asked about their daily activities and whether or not they had a pet. About four in 10 people did own an animal, but other than that the two groups were similar, Aiba said.

For pet owners, about 5% of their heartbeats differed by 50 milliseconds in length. For non-pet owners, it was 2,5%, which means their heart rate changed less.

So far, nobody knows what caused the difference between the two groups. It could be due to the pets somehow, or it could be there are differences between people who choose to get a pet and people who don’t.

“My guess is that pets are a form of social support, hence stress reduction, and they can satisfy some but not all social companionship needs,” said Judith Siegel, a professor at the UCLA School of Public Health who did not work on the study, in an email to Reuters Health.

“I don’t think anyone has a good handle yet on why these discrepancies exist.”

The Japanese researchers cautioned that they only looked at one day in the person’s life and that other factors need to be considered in future research, such as the potential differences between different types of pets.

But Erika Friedmann, a professor at the University of Maryland School of Nursing, said the study is a step forward from what is already known about the connection between pet ownership and a person’s heart health.

“Here we’re moving into people’s daily lives, and that’s what’s so exciting,” said Friedmann, who also wasn’t involved in the study but has done similar research.

“It really goes beyond what happens in a ten minute period in the lab.”