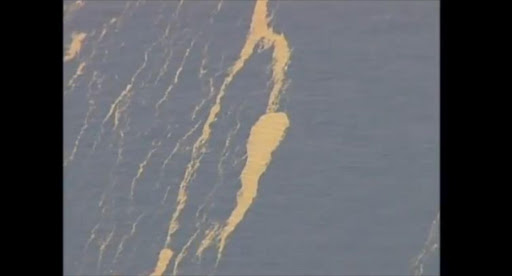 A screenshot of the Pumice island that the volcano is believed to have birthed.
Image: RoyalW1979

A swarm of more than 150 earthquakes over two days last month caused a previously dormant volcano to erupt 1 100 metres beneath the Pacific Ocean, a scientist says.

The eruption of the Havre Volcano, about halfway between New Zealand and Tonga, is believed to have caused a 7 500 square kilometre floating island of pumice that was encountered by a New Zealand navy ship last week.

Cornel de Ronde, principal scientist of the Institute of Geological and Nuclear Sciences, told Radio New Zealand the source of the pumice had been identified in cooperation with French researchers in Tahiti who monitor earthquakes in the south-west Pacific.

“When they looked at their physical records they saw that on July 17th and 18th, there were some 157 earthquakes of magnitudes between 3.0 and 4.8,” he said.

De Ronde said they occurred near the time of the first sighting of the pumice “raft” and when the institute looked at its database it found the Havre volcano which it had previously surveyed.

It was a caldera volcano, like White Island, 50 kilometres off the west coast of New Zealand’s North Island, which erupted last week, but the Havre was not thought to have erupted before, he said.

De Ronde said the pumice island was so light that it had floated several hundred kilometres from the volcano when it was encountered by the HMNZS Canterbury, which took samples last week.

Scientists were also analysing samples of rock ejected from Mount Tongariro, on New Zealand’s North Island, to try to find out why it erupted a week ago for the first time in 115 years.