Turkish Seli 1 wreck to be removed before next winter 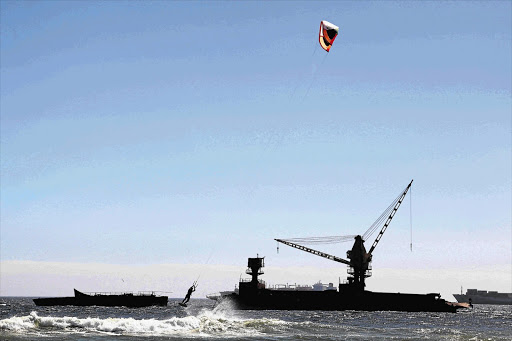 The Seli 1 more than two years after it grounded at Bloubergstrand. The SA Maritime Safety Authority has spent R45-million on the wreck, and an additional R45-million will be required to get rid of it
Image: SHELLEY CHRISTIANS

The wreck of the Seli 1 in Table Bay, Cape Town, will be removed before next winter, it was reported.

Safety and security mayoral committee member JP Smith told the Cape Times the removal of the Turkish bulk carrier would be funded by the national transport department.

It had been estimated that it would cost R40 million, based on calculations last year.

Smith said this amount would go to the SA Maritime Safety Association (Samsa) to contract the salvage.

Ten days ago, oil leaked from the wreck, blackening the sand of nearby beaches and oiling more than 150 seabirds.

National transport spokesman Sam Monareng told the newspaper the national treasury had been approached for financial assistance and the matter was being considered.

He said the navy would assist the salvage company in drawing up a detailed plan of the operation.