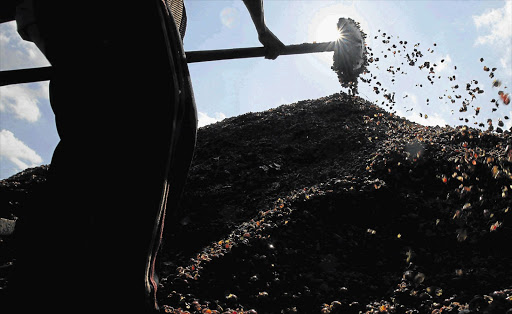 Researchers predict that wild Arabica coffee populations could go extinct by in the next 70 years.

The high quality coffee bean is being threatened by rising tempratures according to a study in PloS One, and the loss of the wild populations of it could threaten plantations as the species loses genetic diversity.

A study by researchers at Britain's Royal Botanic Gardens at Kew in collaboration with scientists in Ethiopia found that 38 to 99.7 percent of the areas suitable for wild arabica will disappear by 2080 if predictions of rising temperatures pan out.

Because coffee is a highly climate-dependent crop, the increase of a few degrees of average temperature in growing regions can put at risk the future of Arabica coffee and the livelihood of millions of people who grow and produce it.

"The extinction of arabica coffee is a startling and worrying prospect," said Aaron Davis, head of coffee research at the Royal Botanic Gardens, who led the study.

In a telephone interview, he said the findings made it even more important for organisations such as the World Coffee Research collaboration to continue work to improve the genetic strength of cultivated arabica by preserving wild types.

Researchers used computer modelling to analyse the influence of rising temperatures on the geographical distribution of wild arabica coffee.

The researchers conducted two types of analysis. In the locality analysis, they found that the best outcome was for a 65 percent fall in the number of pre-existing bioclimatically suitable localities and the worst was for a 99.7 percent drop by 2080.

Davis said the predictions were conservative, since the modelling did not factor in large-scale deforestation now taking place in Ethiopia and South Sudan, another Arabica coffee region.

"The models assume intact natural vegetation, whereas the highland forests of Ethiopia and South Sudan are highly fragmented due to deforestation," the researchers wrote.

"Other factors, such as pests and diseases, changes in flowering times, and perhaps a reduction in the number of birds (which disperse the coffee seeds), are not included, and these are likely to have a compounding negative influence."

Cultivated arabica coffee accounts for slightly more than 60 percent of global coffee production, with about 4.86 million tonnes produced this year and valued at around $16 billion in wholesale trade.

Colombia has already announced a plan to protect its coffee farmers after three years of bad weather, and will be offering small growers in Colombia insurance against climate change from January.

“The producer doesn’t have to pay for the insurance. This is money that comes from the government and the coffee growers’ federation,” Andres Lozano, a top advisor at the Colombian agricultural development bank, Finagro told Reuters.

“It will cover the value of the coffee plant but such value will depend on whether the plant is old or new. It is not the same to indemnify an old car from a new car.”

Coffee crops faced extreme dry weather from September 2009 to April 2010 due to the weather phenomenon El Nino, which then shifted to torrential downpours related to La Nina in the second half of 2010 until April this year.

The federation on Saturday again lowered its production target for 2012, to around 8 million bags 60-kg bags, due to poor weather from an already lowered target of 8,5 million.

Earlier this year, it set the goal at 9 million sacks.

“If we’ve learned anything about La Nina, it’s that climate change has come to stay,” President Juan Manuel Santos told an annual meeting of coffee growers.

The insurance plan, financed with 30 billion pesos (about R145 million) of which 60% will be managed by Finagro, will shield 96% of the country’s 500 000 growers who have less than 5 hectares (12 acres) in coffee beans, officials said.

The insurance will only cover plantations damaged by hailstorms, landslides, excessive rainfall or extreme droughts, and will initially have funding for a year, said the coffee federation’s chief of marketing, Luis Fernando Samper.

Farmers have also been hit by the firming peso currency, which has strengthened more than 6% in 2012, as well as a 40% slump in the domestic coffee price since the start of the year; tracking international bean prices.

Growers get around 525 000 pesos for two 125-kg bags of parchment coffee, sharply lower than the 874 000 pesos at the beginning of the year, while production costs are 650 000 pesos for efficient producers, industry players said.

The federation started a put contract in October to help farmers hedge currency and price fluctuations.

Growers can access the instrument from their farms by using a mobile phone. As the contract becomes more widely used, the federation expects to attract international commodity funds and international banks.

“We’re bringing market risk instruments to coffee growers of all sizes which they didn’t have in the past because of their size,” Francisco Julian Medina, the federation’s chief financial officer, told Reuters.