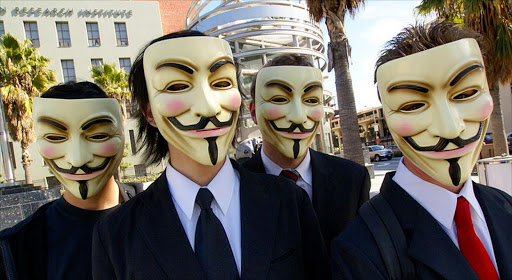 Global hacking network Anonymous said it will shut down Syrian government websites around the world in response to a countrywide Internet blackout believe aimed at silencing the opposition to President Bashar al-Assad.

The Syrian government said “terrorists” had attacked Interet lines but the opposition and human rights groups suspect it to be the work of the authorities.

Opposition activists have used the Internet extensively to further their cause by publishing footage of aerial strikes and graphic images of civilian casualties. In the absence of a free press, they have used social media to disseminate information during the uprising and communicate with journalists abroad.

Anonymous, a loose affiliation of hacking groups that opposes Internet censorship, said it will remove from the Internet all web assets belonging to Assad’s government that are outside Syria, starting with embassies.

By 1000 GMT on Friday, the website for Syria’s embassy in Belgium was down but the embassy in China — which Anonymous said it would target first — was operating. Most government ministry websites were down although this could be due to the blackout.

Several networking experts said that it was highly unlikely that the lines had been sabotaged by anti-Assad forces.

CloudFlare, a firm that helps accelerate Internet traffic, said on its blog that saboteurs would have had to simultaneously sever three undersea cables into the port city of Tartous and also an overland cable through Turkey in order to cut off the entire country’s Internet access.

“That is unlikely to have happened,” CloudFlare said.

The government has been accused of cutting communications in previous assaults on rebel-held areas. Anonymous said Assad’s government had physically “pulled the plug out of the wall”.

“As we discovered in Egypt, where the dictator (Hosni) Mubarak did something similar — this is not damage that can be easily or quickly repaired,” it added, referring to an Internet outage during the early days of the 2011 uprising in Egypt.

Rebels have seized a series of army bases across Syria this month, exposing Assad’s loss of control in northern and eastern regions and on Thursday fighting on the outskirts of the capital blocked access to the international airport.

More than 40 000 people have been killed since the uprising began in March 2011, according to opposition groups.

Human rights organisations, including Amnesty International, said the Internet cut could signal that Assad is seeking to hide the truth of what is happening in the country from the outside world.

Syrian authorities have severely restricted non-state media from working in the country.

The hacker collective has staged cyber attacks on the US

Central Intelligence Agency and Britain’s Serious Organised Crime Agency. Earlier this month, The Israeli government said it logged more than 44 million hacking attempts in just a few days during its military assault on Gaza after Anonymous waged a similar campaign.