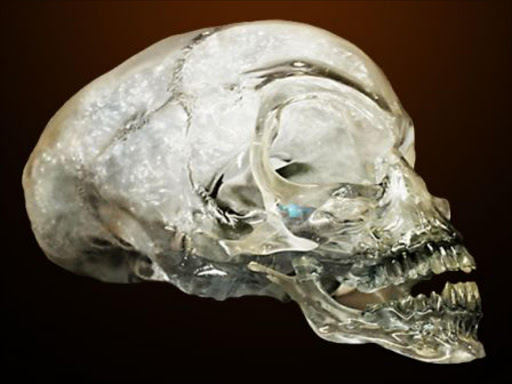 A Belize archaeologist is suing the makers of a blockbuster ‘Indiana Jones’ film for using a likeness of a so-called Crystal Skull, which he says is a stolen national treasure.

Dr. Jaime Awe claims the skull was stolen from Belize 88 years ago, and that filmmakers had no right to use a model of it in 2008's Indiana Jones and the Kingdom of the Crystal Skull, according to the Hollywood Reporter.

In a lawsuit filed in Illinois this week, Awe is demanding the return of the Crystal Skull, which he says is a national treasure, from a treasure-hunting family who allegedly stole it, said the industry journal Friday.

But the legal action also targets Lucasfilm, its new owner the Walt Disney and Paramount Pictures which released the film by Steven Spielberg, for allegedly using a replica "likeness" of the skull.

Awe, head of the Institute of Archaeology of Belize, claims that the skull was found by the daughter of an adventurer named F.A. Mitchell-Hedges under a collapsed altar in temple ruins in Belize, and taken to the US in 1930.

The family is said to have made money exhibiting the skull, described as five inches high, seve inches long and five inches wide, which Awe says was used as a model for the Indiana Jones movie.

"LucasFilm never sought, nor was given permission to utilise the Mitchell-Hedges Skull or its likeness in the film," says the lawsuit, a copy of which was published by the Hollywood Reporter.

"To date, Belize has not participated in any of the profits derived from the sale of the film or the rights thereto," it added. The movie grossed about $786 million worldwide.

The skull is one of four valuable Crystal skulls seized from Belize - the others are on display in London, Paris and Washington.

"Belize was... an epicentre for nineteenth and early twentieth-century treasure hunters plundering the nation's Maya ruins under the guise of 'archaeology'," said the lawsuit.

The lawsuit is seeking the return of the original skull, which it describes as the "most notable" of the four. It added that Belize has a "right, title and interest in and to the Mitchell-Hedges Skull and its likeness."

The Hollywood Reporter described Awe as a "real-life Indiana Jones," and his legal action as "one of the most entertaining lawsuits of the year."

Neither Lucasfilm - which its founder and Star Wars creator George Lucas sold to Disney in October for over $4 billion - nor Paramount reacted immediately to news of the lawsuit.