Rat may be responsible for outage at Fukushima atomic plant 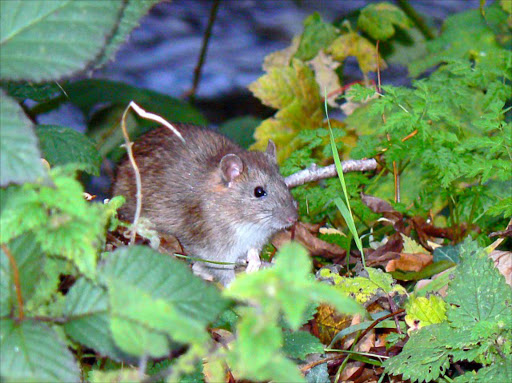 A brown rat. File photo. Horace Chang cites numerous reports of rat infestations in Kingston communities and a recent fire at an open-air landfill that spread noxious smoke across the capital for more than a week.
Image: Courtesy of Brian Robert Marshall

A rat may have been to blame for a power cut that knocked out cooling systems at the tsunami-wrecked Fukushima nuclear plant, the operator said Thursday, in an episode that highlighted the jerry-rigged nature of the fix.

Equipment keeping used nuclear fuel at a safe temperature in four different pools was out for up to 39 hours from Monday, with Tokyo Electric Power Company (TEPCO) admitting their recovery work was sometimes less than perfect.

The incident served as a reminder of the precarious state of the plant two years after the tsunami which sparked meltdowns in three reactors, spewing radiation over the land and sea and forcing tens of thousands from their homes.

"We suspect a small animal may have caused a short circuit in a switchboard" leading to the outage and disabling cooling systems for spent fuel pools, a spokesman for TEPCO said.

"We cannot be sure exactly what it was, but can say what we saw at the scene was the body of a dead animal below the switchboard," he said.

"In our investigation we will concentrate on getting assurances that it was definitely this animal that caused the short circuit," he added.

A photograph TEPCO released showed a creature that appeared to be a rat, with a body around 15 centimetres (six inches) long.

The switchboard was a temporary one on the back of a vehicle, which was due to be replaced by a permanent fix, TEPCO said, without specifying a time frame.

The crisis began Monday night when power was cut at a building that serves as the central command for work to contain the nuclear accident and dismantle the reactors.

By Tuesday afternoon, some electricity had been restored, but it was not until 39 hours after the original outage that the supply was normalised.

TEPCO and the government said in December 2011 that the crippled reactors were "in a state of cold shutdown", a phrase carefully chosen, commentators said, to imply normality of units that were so broken they would not easily fit classical descriptions.

Authorities insist they are getting on top of the problem and the reactors are not leaking significant amounts of radiation.

"Despite the fact it is now two years since the crisis began, TEPCO is still doing a very poor job," Muneo Morokuzu, professor of nuclear regulation at Tokyo University told AFP.

"A short circuit caused by a small animal is not an unforeseeable event," he said, adding that it was something many construction sites would have to deal with.

"At the very least, the switchboard that provides power to the cooling system for the pool on reactor 4 should have been more reliable" because that pool contains more than 1,100 nuclear fuel rods.

Used nuclear fuel must be kept cool to stop it from melting down and releasing radiation.

TEPCO has stressed the glitch was fixed before any real damage was caused, saying the temperatures of all the fuel pools remained well below the safety limit of 65 degrees Celsius (149 degrees Fahrenheit).

But questioned by reporters about the lack of backup power supply, TEPCO official Masayuki Ono earlier admitted things were not as good as they should be.

"We can't deny criticism that our decision-making and handling (of the decommission work) has not been perfect."

The firm added that it was building a backup power supply to the pools.

Company officials say there has been no major change to the level of radioactivity at nearby monitoring spots.

TEPCO says the incident did not affect the injection of cooling water into the reactors that melted down.

Total decommissioning of the nuclear plant and cleaning up of areas around it is expected to take up to four decades.