Cyber hacking to overshadow summit between Obama and China's Xi 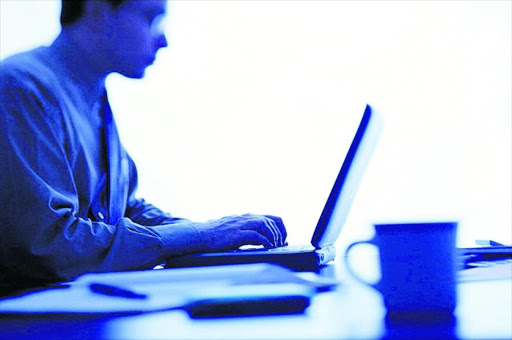 A shirt-sleeves summit between the world's two top economic powers is shaping up as anything but relaxing, with an assertive new Chinese leadership seeking a bigger place at the global table and the United States pushing back, especially in the battle over cyberspace.

US President Barack Obama and newly installed Chinese President Xi Jinping will meet on Friday in Southern California at a relatively informal retreat aimed at allowing the pair to get to know each other away from the spotlight of Washington.

High-level US-Chinese encounters of recent decades have been unable to match President Richard Nixon's groundbreaking visit to Communist China in 1972 that ended decades of estrangement between Washington and Beijing.

But China experts say if Obama and Xi can develop personal rapport - something lacking between U.S. presidents and Xi's notoriously wooden predecessor, Hu Jintao - and make at least a little progress on substantive issues, the summit could gain some historic significance.

Any feel-good vibe at the luxury resort in the desert near Palm Springs could be soured by Obama taking a hard line with Xi over Chinese cyber-hacking of U.S. secrets.

While China worries the United States is trying to encircle it militarily with its strategic "pivot to Asia," the cyber dispute is the most pressing issue for Obama.

"The president wants to be able to have, behind closed doors, a tough and straight conversation with Xi Jinping about our specific concerns," a senior U.S. official said of the cyber-security issue. "Problems and activities emanating from China have a deleterious effect on our companies, on our interests and on our relationship."

The official said Obama would not shy away from pointing out U.S. concerns about hacking, nor would he accept China's "pro-forma protestation" that it too is a victim of cyber intrusions from abroad.

In a sign of an easing of tension over hacking, an Obama administration official said on Saturday a previously agreed high-level working group on cyber security would convene for its first talks in July and meet regularly after that. The official said the panel would focus not only on hacking but on "developing rules of the road for operating in cyberspace."

"Obviously the competitive nature of the relationship will always be there, but there's also a play-by-the-rules aspect to it," another senior Obama administration official said of the cyber-security disagreements with China.

Obama has been under strong pressure to persuade Xi to take U.S. hacking worries seriously, and complaints in Congress about cyber security are growing.

"There has got to be red lines drawn. If the activity continues, there need to be some sanctions," said Shawn Henry, who fought cyber thievery as an FBI assistant director and is now president of the security firm, CrossStrike Services. "They need to understand what the risks are."

The Washington Post reported this week that China had used cyber attacks to access data from nearly 40 Pentagon weapons programs, including the F-35 Joint Strike Fighter. China dismissed the report, saying it needed no outside help for its military development.

In the two-day meeting with Xi, Obama will also likely bring up differences over North Korea, world trade and China's territorial disputes in the South and East China Seas.

The talks are an opportunity for Obama to score a foreign policy success at a time when the lack of U.S. action on Syria weighs heavily on his record. He can also turn away from controversies at home that have gotten his second term off to a rocky start.

US pivot to Asia

Xi is eager to be seen on an even footing with the American leader and to show China's ruling echelon and public that he can promote their interests on the world stage as Beijing seeks what it calls a new "big-power" relationship with Washington that takes into account China's rise.

It is his first U.S. trip since taking over the presidency in March in China's once-in-a-generation leadership transition.

He is likely to express Beijing's unease about a U.S. reorientation of foreign policy and a shift of American military resources toward the Asia-Pacific region as the war in Afghanistan winds down.

The strategy is seen widely as a way of reassuring allies like Japan and South Korea of the U.S. commitment to counter China's power.

Shen Dingli, vice dean of the Institute of International Affairs at Shanghai's Fudan University, said the U.S. "return" to Asia and the security issues it raised was the biggest issue from the Chinese perspective.

"The U.S. goal is stability, but it has really created instability," Shen said.

Yet China feels hemmed in by the U.S. "pivot to Asia," which Defense Secretary Chuck Hagel said on Saturday would involve prioritizing deployments of the most advanced U.S. weapons systems to the Pacific, including the radar-evading F-22 Raptor jet fighter, the F-35 and Virginia-class fast-attack submarine.

"China is going down the path to peaceful development, and other countries must follow suit, for only if this happens can there be peaceful coexistence between nations," the Communist Party's official People's Daily wrote in a front-page commentary about the Xi-Obama talks.

U.S. officials play down the prospects for any big breakthroughs or even major concrete agreements during the California summit.

Xi, 59, will have the kind of face time with the US president that few foreign leaders have been afforded.

The chances are decent that he and Obama, 51, will be able to find the personal chemistry that eluded their predecessors for decades.

Xi - who as president-in-waiting met Obama in Washington in February of last year - is a Communist Party "princeling," the son of a revolutionary leader. But he is also fond of Hollywood movie war dramas.

He has shown himself less stiff in public than his predecessor, and his willingness to forgo the pomp of a White House visit may signal a fresh approach.

The informality of the talks at Sunnylands, a complex where philanthropist Walter Annenberg once hosted U.S. presidents like Ronald Reagan, is unprecedented for U.S.-China relations.

"You've got the ability to really deepen a strategic dialogue and to build trust into the relationship in ways that really haven't been done in a very, very long time," said former U.S. Ambassador to China Jon Huntsman.

Although touted as an informal meeting, summits like this one are highly choreographed. Both sides were still negotiating whether the two leaders would hold a joint news conference, an event that is standard procedure when the U.S. president meets a foreign leader on home soil.

One U.S. official helping to organize the agenda made clear that the summit at the estate, which has its own golf course and hiking paths, would be mostly work and little play.

"This is not a sleepover," the official said. "We're not inviting President Xi to have a casual weekend in Palm Springs. This is for real."