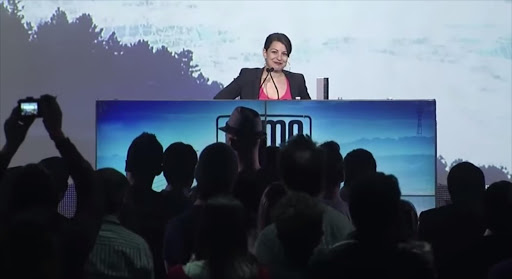 Certain gamers have further cemented the hobby's reputation for having a problem with women - with a bomb threat to the Game Developers Choice (GDC) awards.

"The email stated the following: 'A bomb will be detonated at the Game Developer's Choice award ceremony tonight unless Anita Sarkeesian's Ambassador Award is revoked. We estimate the bomb will kill at least a dozen people and injure dozens more. It would be in your best interest to accept our simple request. This is not a joke. You have been warned."" Kotaku quoted the organisers as saying.

"The Awards occurred without incident," they said.

According to Kotaku the threat was part of a larger pattern against Sarkeesian, who has approached the police after threats against her and her family.

These were then elevated to the FBI.

Sarkeesian is noted for her YouTube video series Tropes Vs Women, in which she criticises games from a feminist perspective.

While many of her critics claim not to be deranged misogynists, that claim is not aided by the fact that many of them seem to consider bomb, rape and death threats to constitute reasoned discussion.